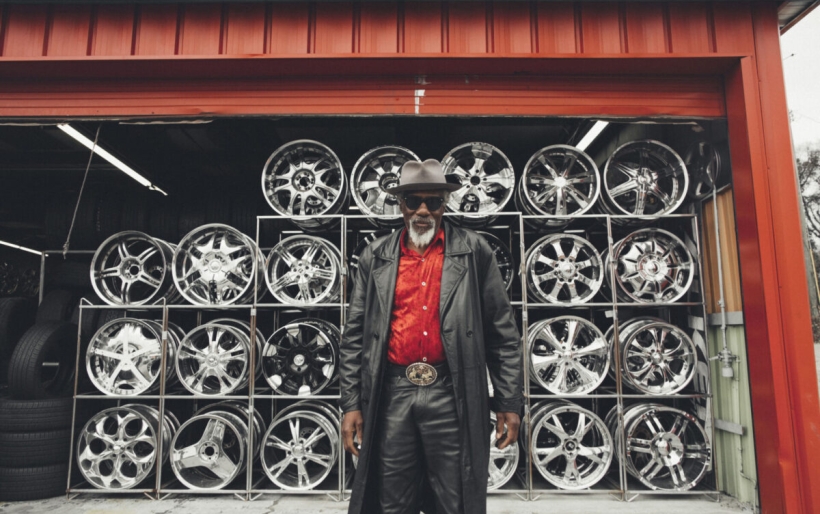 Robert Finley | photo by Alysse Gafkjen | courtesy of the artist

When Dan Auerbach’s Easy Eye Sound Revue rolls through Union Transfer this spring, keep a lookout for one of his featured performers — 63-year-old Robert Finley, a self-taught bluesman and soulful vocalist from Bernice, Louisiana. After touring Europe as the United States Army’s bandleader in his teenage years, Finley made a living for decades as a carpenter, playing music as an informal side hustle — sometimes busking, sometimes leading his band Brother Finley and the Gospel Sisters.

After retiring in 2015, he set to work on his debut album, Age Don’t Mean a Thing, with the help of Music Maker, a nonprofit that gives a financial leg up to older and underprivileged musicians. When the record came out last fall, it caught Auerbach’s ear, and he co-wrote and produced Finley’s sophomore album, Goin’ Platinum!, which releases on Easy Eye Sound next Friday, December 8th. The record mixes the searing vocals of Howlin’ Wolf with delta grooves in the vein of John Lee Hooker and and Booker T, and Finley co-wrote its songs with John Prine, Nick Lowe, and more.

Ahead of the album release and the Union Transfer gig, Finley shared a stream of the new album with us, as well as a track-by-track breakdown of what the songs mean to him — a story about life and reality. “It puts the cards on the table and allows people to say what they really feel and what’s on their heart,” Finley says. “It tells a great part of my life story, and the songs feel predestinated because the songwriters telling it didn’t know anything about me when they wrote it. Faith has a great part in album – believing in your dreams. I’m living witness that dreams do come true. Thank God that here at the age of 63, my dream is coming true. Greatest testimony to my kids and grandkids is hold on to your dreams and beliefs – faith will pay off.”

Listen and read below, and get tickets and more information on the show at the XPN Concert Calendar.

Get It While You Can

“That song’s the cure to a broken heart. That’s the power of love. Medicine woman, she’s all it takes to make your life complete and life can be messed up without her.”

If You Forget My Love

“That’s the thing where the person walks away from love, and you love someone who don’t love you. Nobody can stop nobody from loving them – they can love you back or leave you alone but can’t stop you from loving them.”

Honey Let Me Stay the Night

“It’s about wanting to do things over in your relationship but you can’t. Let’s make it through the night, talk about it in the morning.”

You Don’t Have To

“You don’t have to be right to know when somebody’s doing you wrong. It means you can make mistakes, but still know when you’ve been done wrong.”

“That’s just problems – one problem after another. Life would be so much better without complications. So many people are dealing with the reality of waking up in the morning to another problem.”

“If you really love somebody, it’s like doing hard time. It’s hard to break away from them even when you’re not around them, they’re still in your head.”

“Empty Arms is a hotel that lonely people live in. It’s the only place they really feel safe and respected.”

“Holy Wine is the deepest song on the record, about the ups and downs in life – successes and the failures. It’s a song about memories about what you once had.”