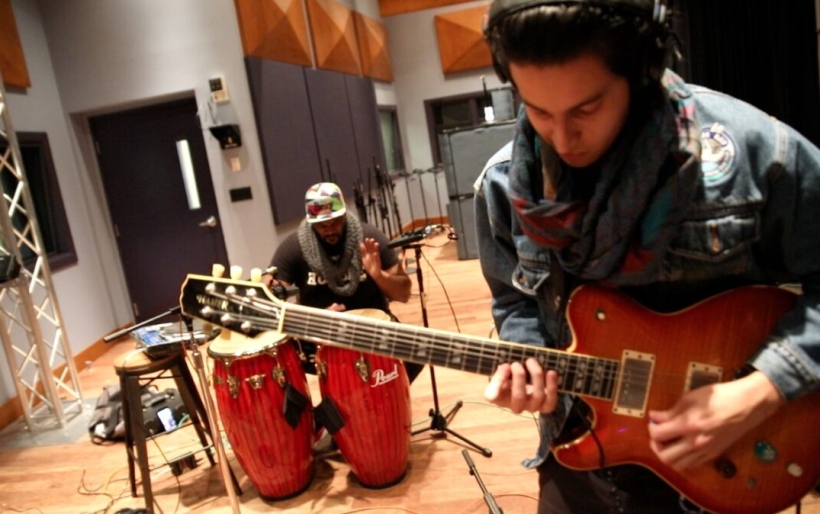 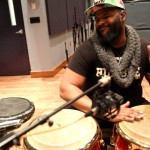 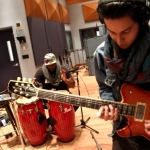 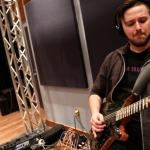 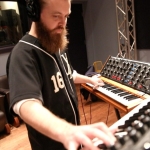 Over the past few years, Philadelphia’s Killiam Shakespeare has become known for its nimble incorporation of sick beats and space age instrumental sprawl with skilled under-the-radar rappers and singers from all around the Philly scene. In that context, this five-piece sounds like a production unit cranking out some seriously left-of-center beats and backings for the next generation of local hip-hop and R&B (not to mention legends — they had a Freeway collab on last year’s Killiam Season1). But take away the voices, and just listen to the music — like we hear in this week’s Key Studio Session — and it becomes something else altogether.

In this all-instrumental performance, we get a taste of from Killiam Shakespeare’s remarkable stylistic variety. The opening “1976 Heron,” a track from the band’s forthcoming EP The Cure, falls somewhere in the progressive rock zone — think the cosmic tones of Yes, powered by the weird virtuosity of Zappa.

On “Crispus Attucks,” another new jam, congas and trap beats blend on a bass-heavy, deliberately-paced slow burner with a hip-hop flare. Digging back to their 2015 self-titled debut LP, Killiam Shakespeare also brought reggae to the table with “Ras Mogwimi” and ran the closing “Oakland” into psychedelic freakout territory.

The two main players in Killiam Shakespeare, Corey Bernhard on keyboards and Steve McKie on drums, are longtime friends and collaborators as both session players and touring musicians — their resume includes fellow Philadelphians Bilal and Jill Scott, as well as out-of-town names Snarky Puppy and Ed Sheeran. But in the mix of helping others achieve their creative vision, they had their own ideas they wanted to bring into the world. So they set up shop in their West Philadelphia home studio two years ago, and began working with friends and peers. Joining them for this performance is Aaron Camper on percussion, and guitarists Anthony DeCarlo and Simon Martinez.

You’ll be able to see them all in action tomorrow night at Johnny Brenda’s for their Beat Street Jam to celebrate the new EP; tickets and more information can be found at the XPN Concert Calendar. Below, listen to the band’s Key Session in full, and revisit our interview with them earlier this year here.