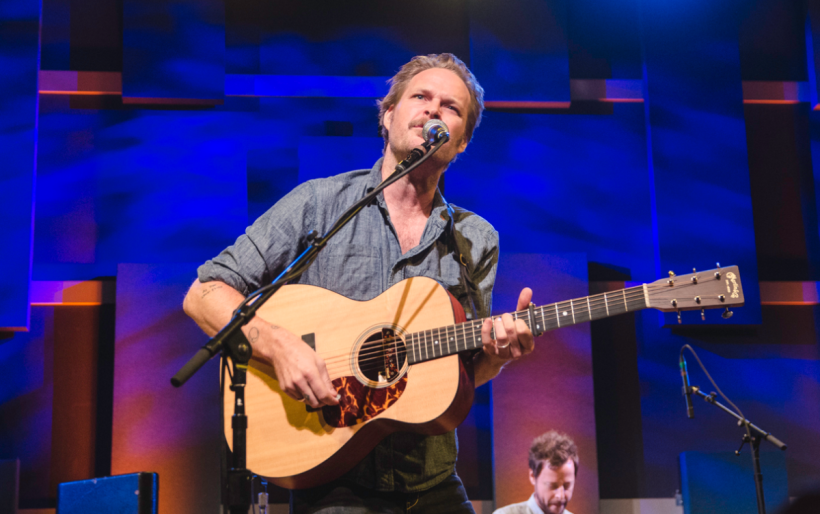 XPN favorite Hiss Golden Messenger made a recent television appearance on Late Night With Seth Meyers to perform “Domino (Time Will Tell),” from their new album Hallelujah Anyhow. The North Carolina band appears in rare 10-piece form for this rendition, packing the late night stage with their magnetic presence. Hiss Golden Messenger is fronted by vocalist and songwriter M.C. Taylor, who says that the new album is intended to combat the darkness in the world with messages of hope and positivity. Watch the video below.

Hiss Golden Messenger has been touring behind Hallelujah Anyhow throughout the year, and plays one of their last shows of 2017 at World Cafe Live this Saturday, Dec. 9 before heading out on tour with Bon Iver in the new year. Revisit Hiss Golden Messenger’s 2014 World Cafe session here, and find tickets and more information on the upcoming show on the XPN Concert Calendar.