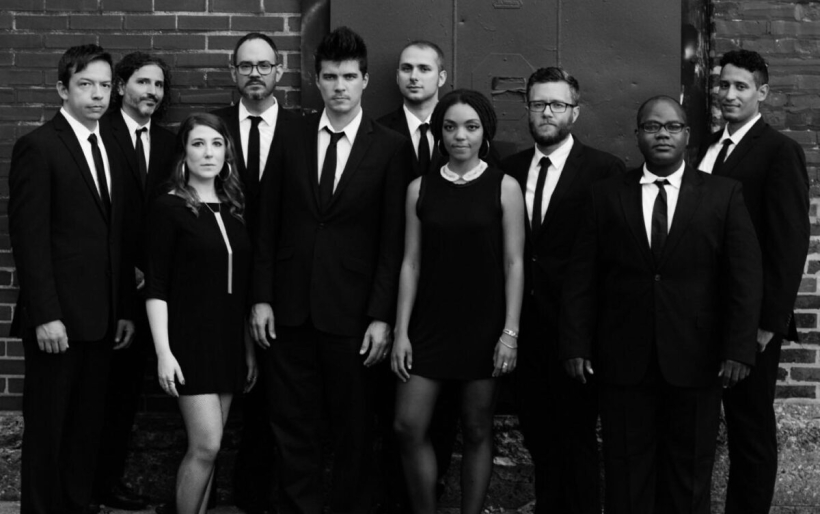 Year-End Mania is the Key’s annual survey of the things below the surface that made 2017 incredible. But sometimes we get a little seasonal, and as it gears up for its final show of 2017, Philly’s York Street Hustle weighed in on its favorite sounds of the holidays.

With this year’s show set to take place at Union Transfer tomorrow night, December 8th, we asked York Street’s Imani Roach to share the band’s five favorite holiday jams. Read on below, and get tickets and more information on tomorrow’s show at the XPN Concert Calendar.

A bouncing sugar plum fairy of a song, this holiday deep-cut is a nod to an earlier deep-cut, Gee Whiz, Look At His Eyes, which charted for Thomas in 1960. Carla, who wrote the original song at the tender age of 15, worked with Stax guitarist Steve Cropper on the updated version, and the easy satin quality of her voice fits the quirky, conversational lyrics to a T. “Oh by the way,” this Queen of Memphis Soul original is a must-listen.

Bells, strings, a grand piano, a rollicking sax solo and an army of background singers prove that when it comes to Christmas, more is more. While a lesser singer would be overpowered by the “wall of sound” on this Phil-Spector-(co)written-and-produced track, a young Darlene Love cuts through the din with enviable directness and power. There’s just something in the way she delivers the lyric “baby please come home” that lets you know she’s telling more than asking. Keeps.Getting.Better.With.Time.

The general atmosphere of togetherness and cheer makes Christmas one of the hardest times of year to be alone. Thankfully Charles Brown wrote the ultimate sad-sack carol. The earliest song on this list,Please Come Home for Christmas brings Rhythm and Blues into the 1960s with a stripped down, piano-driven arrangement and a melody as beautiful as its lyrics are forlorn. No wonder the song was a hit for everyone from Willie Nelson and the Eagles to Kelly Clarkson.

Many have tried, and failed, to write a conscious Christmas song that actually works (we’re looking at you “Do They Know It’s Christmas?”). Leave it to Ron Miller and Bryan Wells, the Motown songwriting duo responsible for hits like “Yester-Me, Yester-You, Yesterday”, to crack the code. A call for global justice beyond any one lifespan and Stevie’s voice effortlessly tackling keychange after keychange = mindful holiday gold. And as Stevie and Andra Day prove in their recent retread of the tune, “Someday at Christmas” is evergreen.

One of the most memorable horn lines in all of soul music makes it groove — the joyous strings and jingle bells keep it seasonal. And “shake a hand, shake a hand” will forever be the “sock-it-to-me-sock-it-to-me” of Christmas music. Not only does Hathaway sing his face off on this 1970 release, which he co-wrote with composer Nadine McKinnor, but he also plays keys and bass on the track. No wonder “This Christmas” is the undisputed champion of holiday soul classics.

Initially disqualified as a cover, rather than a true soul-era original, this song nevertheless deserves honorable mention — mostly because of the way then-11-year-old Michael Jackson’s killer vocal performance and a syncopated funk arrangement transform the 1934 Christmas standard almost beyond recognition.