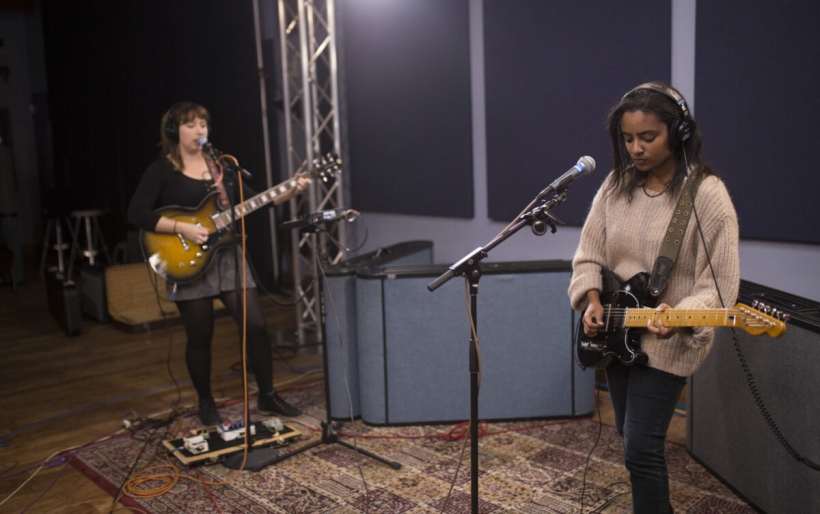 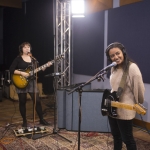 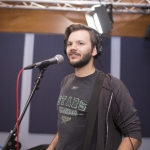 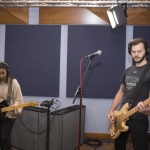 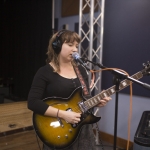 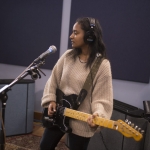 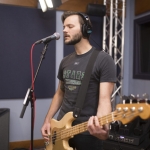 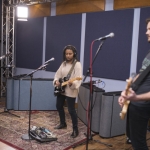 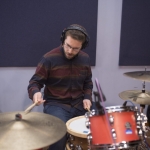 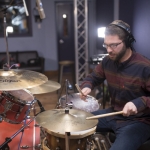 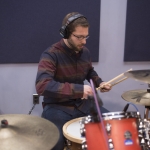 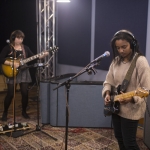 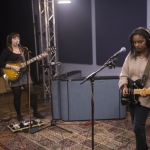 East coast modern rock four-piece Queue has had a wild ride of a 2017. Despite being geographically split between Philadelphia and Washington D.C., the band — a project of singer-songwriter Olivia J. Price and lead guitarist Aida Mekonnen, with bassist Matt Clinkscales and drummer Steve Vannelli filling out the rhythm section — finds time to rehearse weekly, play gigs on the regular…and when the stars align, go somewhat viral.

That’s what happened to their song “Frontier,” a high energy jam with entrancing vocal harmonies and an indelibly catchy guitar lead from Mekonnen zipping you across an anthem about escaping into the unknown. The song was released this spring, landed on Spotify’s coveted Fresh Finds playlist shortly thereafter, and is presently closing in on 60K spins — not too shabby.

Of course, stats don’t mean anything in the long run if you don’t have the substance to back it up, and this crew most definitely does. It has history too, despite its relatively young existence. The members of Queue are old college friends who met at Penn State; Price and Vannelli played in a band called Fairweather Pilots, while Mekonnen was in Flashback Forward. They collectively bonded over a mutual love of Foals’ driving rock, Gorillaz’ dope basslines, and the eternally relevant David Bowie. They were best friends, and starting a new project together seemed like a no-brainer, even as their paths began to diverge.

The distance was initially a challenge, as they told us in a 2016 interview:

There are a lot of restrictions that interrupt organic songwriting.  We try to stay in regular contact with one another via video calls and bouncing song ideas back and forth on google drive.  However, those impersonal communicative mediums prolong things that could otherwise be pretty quick and painless if we were consistently together.  When we meet up, we’ll knock out a whole bunch of things, but scheduling and the cost of traveling to and from each other is overall limiting.

But Queue has persevered, and following up on the momentum of “Frontier,” it just launched its latest single, “Aimless Kid,” this week. They played it live during their Key Studio Session, and as you’ll see and hear, the overall set’s dynamic range is impressive — the hushed, introspective electric guitar duet “Float Away” springboards into the driving “Frontier,” with the mood meeting halfway for “Aimless Kid,” which you can watch in the VuHaus video below. For more, catch the band live when it plays Bourbon and Branch on January 20th; details on that show can be found at the XPN Concert Calendar.