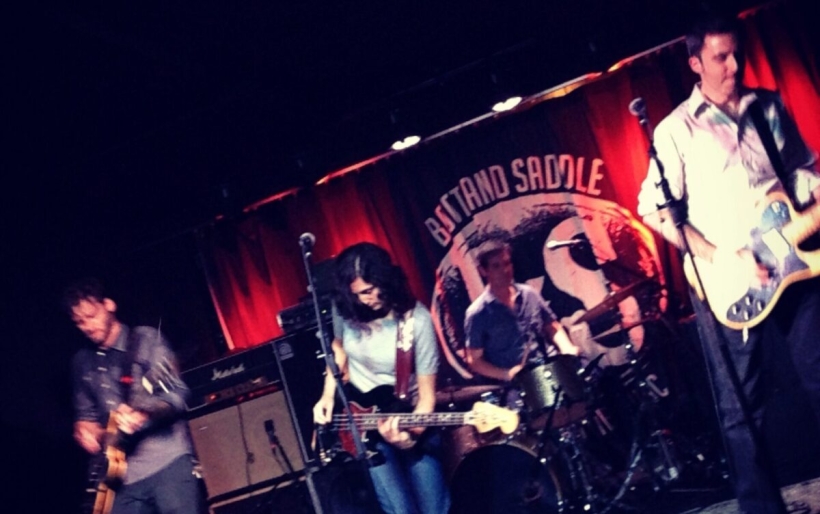 Whether you fancy them math rock, indie rock or rock-rock, Lefty’s Deceiver was a fixture on the Philadelphia scene from the late 90s through the mid aughts, releasing a string of records and EPs that culminated in  2003’s excellent Cheats, a dizzying record of post 9-11 frustration and ennui.

By the middle of the decade, the band had parted ways to pursue various other projects — among them guitarist Ed Hogarty’s The Bigger Lovers, as well as Audible,featuring drummer Mike Kennedy and bassist Kristine Kennedy. However, surred by a Facebook fan group built on the promise of getting clocked in the head with a maraca at a Lefty’s Deceiver gig, the band reunited to play Johnny Brenda’s in 2011, with other shows following at MilkBoy and Boot & Saddle.

Lefty’s’ activity since has been semi-occasional, made a bit trickier by singer-guitarist and songwriter Andy Williams’ relocation to California. But their name recently popped up on the Boot & Saddle events calendar for a December 29th show, and this week we found out that they’re releasing a new record to go along with it. The Lefty’s Deceiver LP comes out on December 25th, and the band’s first two songs in 14 years are online right now.

Set to raucous rhythms and roaring riffs, “Our Best” has a lot to unpack — lyrics hit on Catholic guilt, racing through youth, navigating a turbulent industry in a turbulent world, feelings of camaraderie, wishes for aging gracefully, and coming to terms with mortality. It’s the story of a life in five minutes and 24.

Give it a listen, along with the b-side “Helena Heartbreak” below. For details on Lefty’s Deceiver’s upcoming Boot & Saddle performance with JJL and I Think Like Midnight, consult the XPN Concert Calendar.