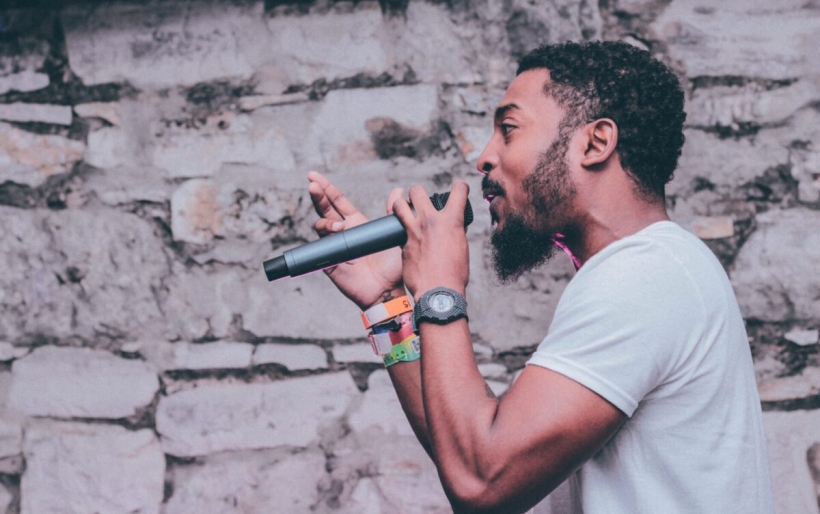 Going by social media, the year of 2016 was a difficult year for all of us. We lost both Prince and Muhammad Ali. While some of us were still recovering in 2017, West Philly rapper Chill Moody knew that he was going to have a nice year.

And a good year it was. In addition to releasing music and performing at packed venues, like Union Transfer this fall with Low Cut Connie, he was able to release his first beer in collaboration with Dock Street Brewery, as well as become the face of Honda’s latest ad campaign – Power Your Dreams.

“The start of this year, I set out with the positive mindset like ‘it’s going to be a nice year not just for me but everyone I’m involved with,” says Chill. “I have just been putting out positive energy all year – It’s been worth it, it’s been reciprocated.”

Chill decided to start the “It’s Gon’ Be a Nice Year” project after realizing that he wanted more positivity in his life, noting that it is more beneficial to count one’s blessings as opposed to one’s failures. He self-released an EP that shared its name  back in February, and it debuted streaming on XXL Mag.

“It wasn’t something that I practiced in the past,” says Chill. “Why not try it out? Why not try to be more positive? Why not try to smile more? I would dwell on not hitting my mark 100% as opposed to appreciating the fact that at least I’m up there.”

Now that he has reached the tail end of 2017, he is able to sit back and reflect on how it’s been a nice year. In order to cap off his achievements off with a celebration, this Thursday Chill will be hosting “It’s Been a Nice Year” at MilkBoy. The lineup includes artist from his distribution label, Nice Things Music: Patty Crash, Shawn Smith, and Lauriana Mae.

Considering the fact that Chill Moody was named Philadelphia’s Music Ambassador in 2016, it makes sense that he is using his platform to promote other Philly artists. He also believes that the performers are not the only one who reap the benefits.

“If I got a platform, I am going to put people on as well,” says Chill. “I put people on to that stage, but I am also putting the crowd on to what I’m listening to.”

With all this success, Chill does not show any signs of slowing down. When asked about what he has instore for 2018, Chill Moody mentioned more recording, more shows, a larger distribution of his Nice Things IPA, and performance residencies in other cities.

“I’ll be starting some residencies in the D.C area and New York in order to try to tackle those markets and try to get my feet to the ground, like I did here in Philly,” he says

He is currently working on Horns at The Funeral, his next full length LP, and is continuing to build Nice Things Music. Additionally, Chill Moody has dreams of opening a Nice Things Brewpub.

“I think I could do it by next year,” he says. “Something small but somewhere people can come and enjoy nice things. All puns intended.”

With all of these milestones under his belt and a solid plan for the new year, Chill Moody has been able to appreciate the journey.

“It has been exhausting,” he says, “but it has been fruitful, so it is worth it.”

Chill Moody’s It Was A Nice Year comes to MilkBoy on Thursday, December 28th. Tickets and more information on the show can be found at the XPN Concert Calendar.