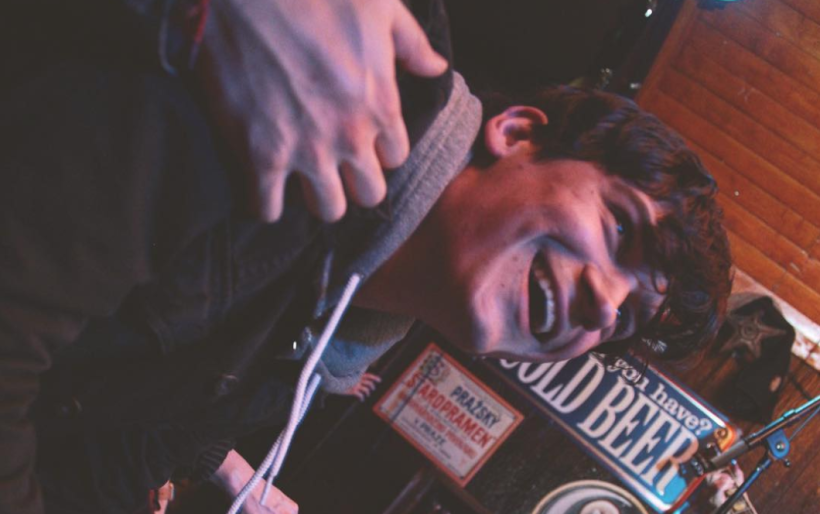 Year-End Mania is the Key’s annual survey of the things below the surface that made 2017 incredible. Today, Key contributing writer Brendan Menapace reflects on his concert highlights.

We are spoiled when it comes to the amount of good shows that happen in Philadelphia. Every night of the week there’s something going on. So, needless to say, I’ve been to a handful of shows this year. I won’t recount what my favorite shows of the year were per se, but I do have a few specific memories from the shows that stand out to me as the year comes to a close.

Prior to this show, my friends and I were eating at Dos Segundos in Northern Liberties, discussing how the show would be packed, being that it’s a small room and it’s sold out. All of us decided that we would not be anywhere near the pit. We laughed at the idea. Come show time, after grabbing a drink at the bar, we stood up close to watch opener Roger Harvey. There was enough space so we could stand comfortably, and the acoustic set probably wouldn’t cause any pits. After his set, we decided we’d stay put for maybe one song. It seemed ok. Cut to the constant push back and forth of the crowd behind me. Many elbows were pushed into my spine. Many beers were sloshed on my jacket. I fully didn’t plan on riding the subway home after (with my bike, because my knees were jelly) sporting bruised shins, but that was one of the happiest shows I’ve been to in a long time. Key photographer Rachel Del Sordo even has a picture of me with a goofy smile, being forcefully pushed against the stage, holding my now-crumpled Natty Bo can.

I, like a lot of Americans, really love Tom Petty. I was, like a lot of Americans, very sad when he passed away. A month after his death, I saw The Shins at The Fillmore, which was a pretty big deal to me as it was, but while closing with “Sleeping Lessons,” they slipped in the first verse and chorus of “American Girl,” and just about everyone in the place got happier.

White Reaper has to stretch, improvise, and get two new amps. Then, drummer Nick Wilkerson requests the crowd carries him to the bar, pours a shot in his mouth, and carries him back

That last part is pretty self explanatory, but I’ll give a little backstory here: Shortly after the show started, White Reaper guitarist/vocalist Tony Esposito noticed something was up with his amp. (This came after his mic wasn’t on at first.) After swapping out the amp, they kept playing. A minute or two into the next song, he leaned back to listen to the amp again, took his guitar off, and said, ‘I’m just singing,’ before jumping onto the floor of the Foundry to sing from the crowd. While they located another amp, either from local openers Cold Fronts or Chicago-based Post Animal (which, fun fact, includes Steve from “Stranger Things,” but he wasn’t there), the rest of the band was left on stage to riff, so to speak. They discussed starting a podcast, they asked us how we were all doing, and stretched the time as much as they could while keeping it relatively entertaining. At one point, Wilkerson came up front and said that he’s always wanted to stage dive, and then be carried to the bar, where someone will pour a shot in his mouth, and then crowd surf back.

After all the technical difficulties were figured out, they finished their set, and Wilkerson came back up front to remind us all what he wanted to do. He got enough volunteers to carry him (less crowd surf, more end of “Rudy”) to the bar. He got his shot, he pointed back at the stage while he choked it down (it’s probably hard to take a shot while kind of laying down), and then he went backstage.

All things considered, that’s not a bad way to end a stressful set.