Listen to Japanese Breakfast's stripped down, synth-y cover of "California Dreamin'" by The Mamas and The Papas - WXPN 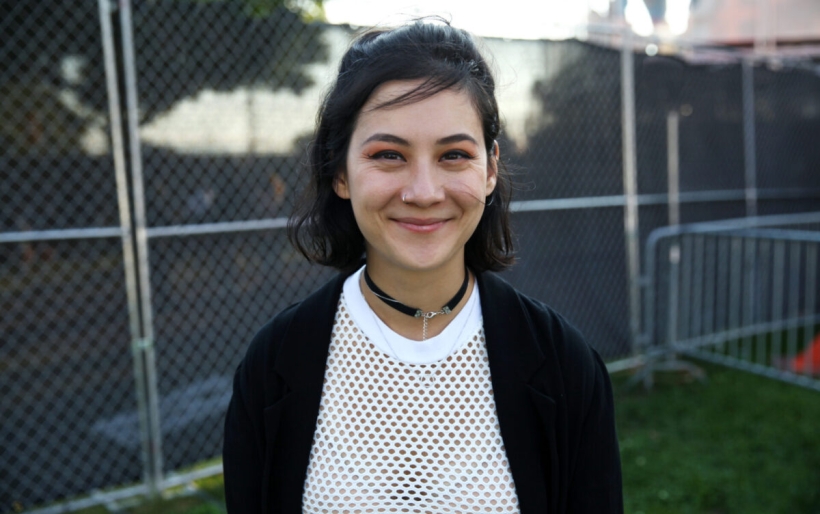 Listen to Japanese Breakfast’s stripped down, synth-y cover of “California Dreamin'” by The Mamas and The Papas

She and her band are playing California’s biggest gig, so Michelle Zauner went and recorded a cover in honor of it.

In the midst of last night’s Coachella lineup announcement, discerning viewers probably noticed one of our fave bands of recent years — Japanese Breakfast — in the entirely-too-small-font-size section on the Sunday lineups (April 15 and 22nd). Regardless of the megafestival’s questionable choice to not bill one of the most critically acclaimed artists of 2017 a tad bit higher, it’s doubtless exciting news, and in sync with the announcement, Zauner released a cover version of “California Dreamin'” by The Mamas and The Papas via Sirius XM.

It’s a beautiful rendition, opening on Zauner’s voice gliding atop glossy 80s synthesizer tones straight out of the Kate Bush discography (or the Stranger Things soundtrack take your pick). A snappy 808 beat kicks in after the first refrain, and zips this song to a two-minutes-and-change conclusion — a bit melancholic, a bit pop, and totally ideal as we’re about to head into a couple days of snow and freezing temperatures. Take a listen below.

Other Philadelphia-rooted artists on the Indio, California festival include The War on Drugs on the Friday lineup, as well as Marian Hill and Ron Gallo on the Saturday lineup. The festival goes on sale Friday, January 5th, at noon PST; more information can be found here.