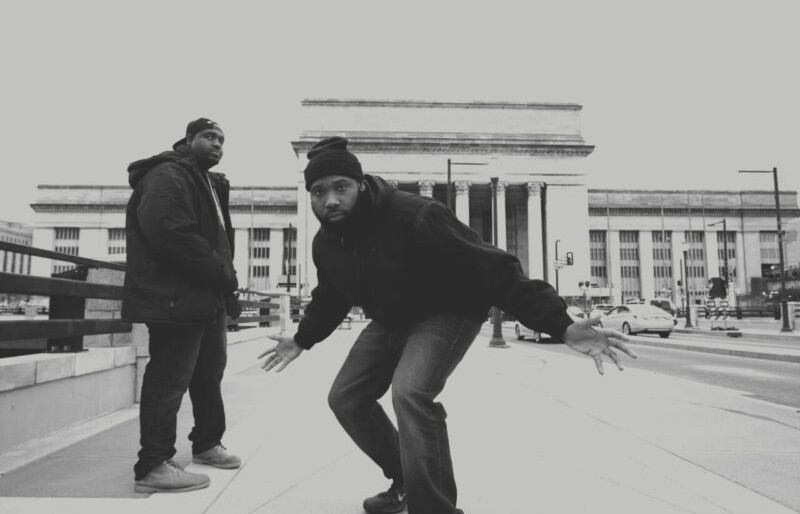 Philly rapper King Shampz has been on our radar since the 2014 release of his All Hail The King mixtape. For the past couple years, he’s been focused on Dead Wrong Records — the digital label he manages with his brother and production partner Azzan — and building their roster, including impressive Chester spitter Frio.

But to kick off 2018, Shampz dropped two new solo tracks — premiering one on Spitfire Hiphop, and dropping the other on Soundcloud.

“Cigar Smoke” is the one that debuted on New Year’s Day via Spitfire, and it simmers at a mellow, but mysterious pace. Between the contrasting jazzy samples — gliding upright bass, melancholic piano — you can hear the influence of Wu-Tang Clan, particularly RZA’s production, on Azzan’s beats and Shampz’ rhymes. Lyrically, the track opens on images of the street hustle, using it as a metaphor for self-made success in the rap game; it’s all about confidence and determination and as Shampz rhymes at one point, “Nothing can knock us off course / we rhyme hard and hold down the fort.” His flow is lowkey but bold, and very driven by the idea of narrative — you can tell Shamz revels in crafting vivid images and using them to tell a story. But between pop cultural references to The French Connection and Billy Joel, Shampz also turns an eye on the downshot of economic freedom, where your dreams vanish in the titular cigar smoke: “Now I’m waiting for my friends to undermine, they don’t wanna see you shine like a cop don’t wanna see you breathe.” Listen to the song here, via Spitfire Hip-hop.

Up on Soundcloud, “Pop Shit” is a tasty retro number with atmospheric nods to both sides of one of the most iconic beefs of the 90s, between Nas and Jay-Z. Driven by a snappy 808-style loop, the beat here is more uptempo, but nevertheless uneasy — and that mood is amplified by the pitch-dropped hook. Again, Shampz fixates on the grind in a kind of motivational way, dismissing “mumble rappers and poets” and positing his work as a source of honesty absent from his contemporaries. “We provide facts, this is reality rap.”

Give “Pop Shit” a listen below, and dig into Dead Wrong’s archive here.