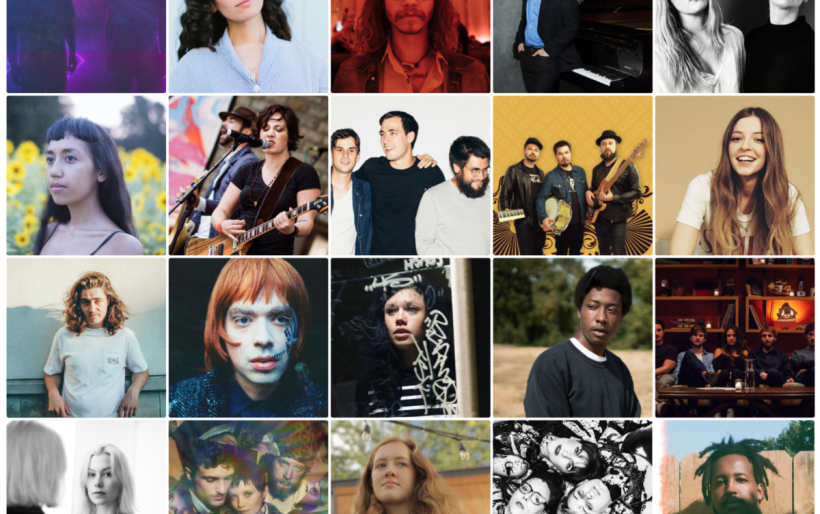 Meet the #NPRSlingshot class of 2018

After an introductory year introducing Big Thief, Jamila Woods, and Lo Moon to listeners across the country, public radio’s emerging artist spotlight Slingshot returns for a second year — and a seven-fold increase in artists.

Some of the class of 2018 will be familiar to savvy listeners of XPN — like Bedouine, who recently appeared on World Cafe, or Phoebe Bridgers, who was an XPN Artist to Watch (and who appeared onstage with Conor Oberst at XPNFest). Many of them will be new — and that’s the whole point of Slingshot.

The 20 artists were chosen by a committee of participating stations — Vocalo in Chesterton, Indiana; WFUV in New York; The Colorado Sound in Denver; Oregon Public Broadcasting in Portland; Mountain Stage in Charleston, West Virginia; The Bridge in Kansas City, Missouri; KXT in Dallas, Texas; KUTX in Austin, Texas; KCRW in Los Angeles, California; WMOT in Murfreesboro, Tennessee; KDHX in St. Louis, Missouri; NV89 in Reno, Nevada; WGBH in Boston, Massachussetts; KEXP in Seattle; Radio Milwaukee in Wisconsin; and WXPN in Philadelphia. Each of the participants chose one artist; in addition, NPR Music chose four artists.

WXPN’s choice was Los Angeles Americana rock band Mt. Joy, who is releasing its debut on Dualtone Records this year.

To learn more about each of the artists, visit the Slingshot page on NPR for short blurbs and videos. For quick introductions, hit play on the Spotify playlist below.