Feel the Magic from Sunnie - WXPN 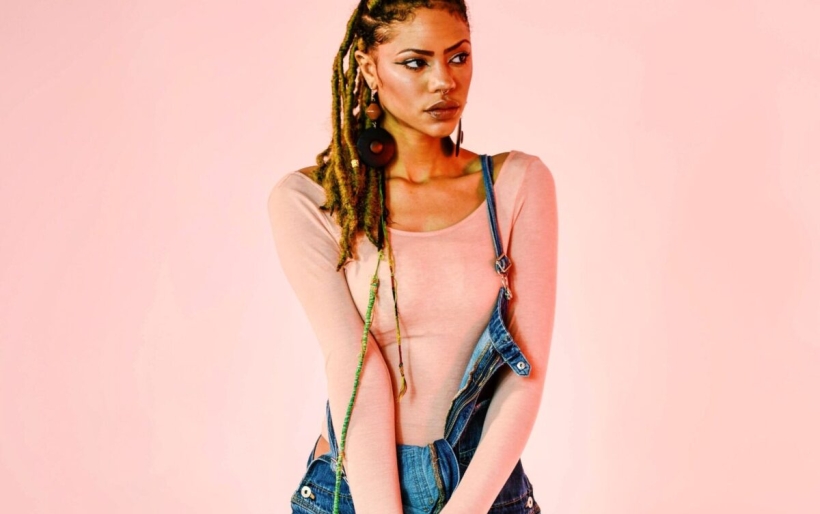 Feel the Magic from Sunnie

There’s something magical about the vibes on certain songs. The crazy combination of melodies, lyrics, and production allows tunes to put the listeners into a mental state, whether the choice is funky, mellow, vibrant, or serious..

That type of magic has always been a desire of emerging singer and songwriter Sunnie. Recently I sat down with the Willingboro, New Jersey native to talk about her beginnings as an aspiring artist to her gowith into a soulful songbird with enchanting music — such as her latest album Magic and her latest single “Talk to Me Baby.”

The Key: Describe the process of writing a song. Do you listen to the beat before you write, or is it the other way around?

Sunnie: It depends. Sometimes I write random things on my phone whenever I think of it, and if it happens to go to a beat, then I’ll just use that and build off of it. But I pretty much freestyle everything.

TK: Is that how you started when you first got into songwriting?

S: No. When I was younger, I would pick a topic and like sit and write about it, you know what I mean? It was a bit more structured when I was younger. I got started freestyling from my friend, who is also an artist, his name is Linx. He got me freestyling three years ago.

TK: It’s normal to come across a singer who writes but very rare do you see one who engineers too. What made you get into engineering?

S: Actually I have an older brother who is also an artist. His name is Lewis, he goes by Lewis Is Dead. He’s two years older than me, so when we were younger, he got a computer and software, so he’s teaching me how to use it while teaching himself. At the time he was the rapper, I was singing and we were both trying to be an all around artist. So once he got his hands on the computer, it was easy to just follow in the beginning.

TK: What was it like recording your first song, “Blame?”

S: Oh wow, it was crazy! I wrote it about somebody and, I don’t know, it’s interesting because that was probably the first song with more emotion. Besides the softer songs that I used to record, that was the first one that I put extra extra effort into it.

TK: In the beginning of your career you can hear the use of autotune, but then a 360 happens and you come out sounding more confident without Autotune once you droped “Anxiety,” “Goodlife,” and especially “2 a.m.” What was the cause of this change in your voice?

S: Autotune sounds good. When I was younger, l was like this “This going to sound good no matter what I sound like.” But then everyone is like “No, you can really sing,” but I don’t care because I loved auto tune. I started recording when I was like eight. I was just dabbling with it and writing songs around that time and I started performing when I was ten. So they hear me singing Mariah Carey’s “Hero” at ten and, even though I was a little young to be singing it, Jazmine Sullivan’s “In Love with Another Man” at 13 and then once they hear my first couple of songs they’re like “Nah, you cant do that, you gotta sing for real. You can’t record with auto tune any more, we won’t allow it!”

TK: You’re also very versatile when selecting beats. Was that the direction you were going when making Magic?

S: Yes, for the most part. I don’t really like when I listen to people’s full albums and be like “Hmm that song sounds like that one even though that’s at the beginning and that’s at the end.” In Magic I was kind of capturing a vibe from different scenarios. You might be happy today and tomorrow but it’s two different reasons, so you got to paint it differently. You know what I mean? So I try to make them all different even if they might be similar in some ways.

TK: It’s funny that you say different scenarios, because listening to Magic you’re talking about how the magic of love can cause different emotions like desire, bliss, and lust…and can even be problematic at times. What were some past experiences that influenced Magic’s content?

S: Well “Magic” itself became the title of the album because it was the first song that I wrote off of that project. It was Christmas Eve it was my first show in New York and it was snowing. We were stuck out there and we had to leave at five in the morning so I ended up writing “Magic” in the train station. I’m like “I’m feeling like I’m on magic, this feels mad good. I just had my first show even though we stuck out here I’m cool with it.” You know what I mean? So like everything that came along with it was like a core feeling of that moment. “Settle” was more about a relationship, and how, like…you know how in Erykah Badu’s song it’s “we like each other but I’m in a relationship?” Well in my song, it was flipped. He was in the relationship and we wanted to be together but we couldn’t. So that was that but it was magical still.

TK: It’s funny that you mention Erykah Badu because you can hear some Baduizm on the album, specifically the self-titled track “Magic,” “Settle” and even the “Rush (The Freestyle)” resembles “Afro (Freestyle Skit).” How has Erykah Badu influenced your artistry?

S: To be honest, Lauryn Hill had more influence than Erykah Badu. Lauryn’s voice, but Eyrkah’s vibe. Her vibes are crazy, I’ve never seen another artist with vibes like that and I think that alone just overpowers a lot of other people when it comes to that.

TK: Your new record “Talk To Me” sounds like house music with electronic instruments. Can we expect some club records from Sunnie in the future?

S: Yeah, yeah, definitely. I’m actually working on my third album, which is a visual album. It’s like a movie — we’re actually filming again tomorrow. After that I’m gonna start putting out more for the summer, more house music. I know DJ’s that do EDM and I’m like “I want them to play something to.” So I made the “Talk To Me” beat and I have a couple more, some of them are eighties style. I have a few of them.