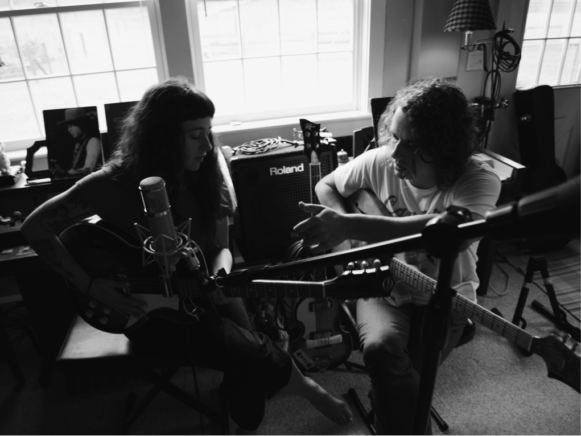 By Madorne Lemaine
January 31, 2018
08:01 AM
Share
Katie Crutchfield of Waxahatchee and Kevin Morby | photo courtesy of the artists

Kevin Morby and Waxahatchee‘s Katie Crutchfield just released two covers of Jason Molina songs. They chose one of his longer, and more popular songs “Farewell Transmission” and a shorter hidden gem in his catalogue “The Dark Don’t Hide It.”

Singer-songwriter Jason Molina died in 2013 from complications related to alcohol addiction. During his lifetime, he released over a dozen albums under the names Songs: Ohia, and Magnolia Electric Co. Molina’s relatable, poetic, and profound music resonated with many people and built a legacy for him that continues today.

The covers feel emotional and authentic to the artists covering them, as if the artists are channeling their own life experiences to deliver the song. Crutchfield echoed this sentiment in an NPR interview, stating “I knew that there would be no real way to do it exactly like Jason Molina and therefore, it’d be exciting to make it our own.”

The songs feature cover art by William Schaff who also did cover art for Molina’s Magnolia Electric Co. album. All proceeds from the two cover versions will go to MusiCares, which provides many vital resources to people in the music industry.

Listen to the two covers below, and download them here.