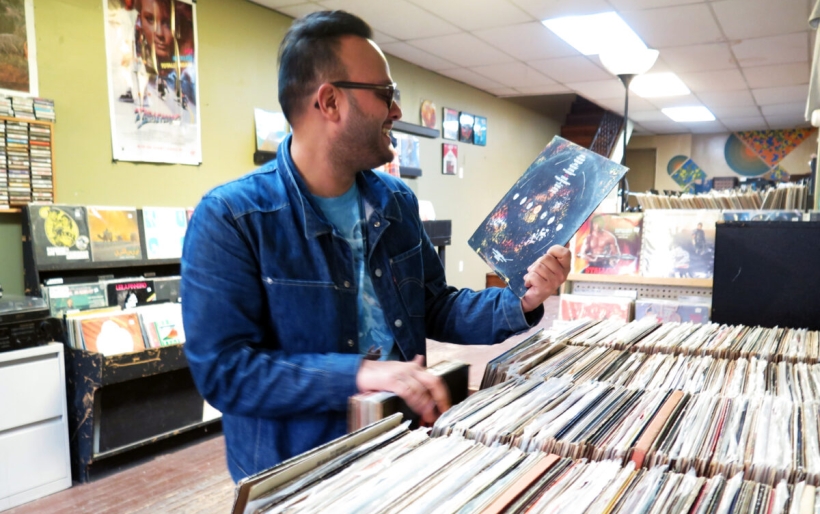 Raj Haldar of Lushlife, the Eagles’ official stadium DJ, celebrates everything Philly with a War on Drugs remix

When he hasn’t been working on musical projects of one sort of another — the powerful 2017 Lushlife outing My Idols are Dead and My Enemies are in Power, the spaced-out Skull Eclipses record that drops later in 2018 with his collaborator Botany — Philly’s Raj Halder has held down a sweet gig as the official stadium DJ for the Philadelphia Eagles for the past few years.

This year in particular was a great one to have that job, and with the Eagles facing off against the New England Patriots this Sunday in the Super Bowl, Raj took a moment to celebrate Philadelphia underdogs of various sorts — both athletic and musical — with a remix of “In Chains” from The War on Drugs’ Grammy-award winning album A Deeper Understanding.

As Raj tells us:

DJing for the Eagles 2017-18 season has been nothing short of electric. It just felt different from past seasons from day one. I left the last playoff game totally buzzing from the energy. Then, earlier this week, after War on Drugs brought the Best Rock Album Grammy home to Philly, I felt compelled to make a track to commemorate the moment. I hope this buoyant french house-inspired remix of the War on Drugs’ “In Chains” captures that soaring feeling and gets fans extra hyped this weekend.

Per Raj, the reaction from the Drugs went something along the lines of “Yo this is sick!!!! You definitely did your own thing with it, it’s like your own song now!!!” Hell yeah. Give it a listen below, and use it to get yourself psyched for game day.