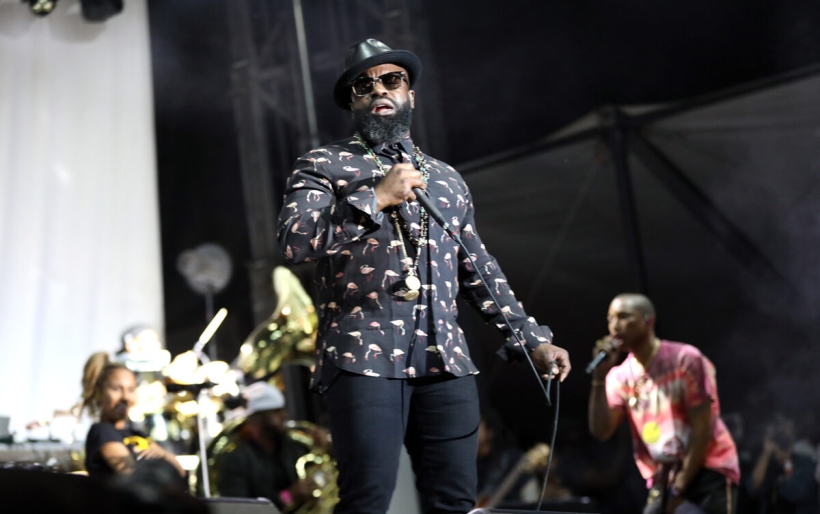 For those of who are just rising and shining, Roots drummer Questlove has been posting the lineup of the 2018 Roots Picnic, one artist at a time, to social media since about midnight tonight.

The concert takes place at Festival Pier on Saturday, June 2nd, and the lineup is pretty mammoth. Headlining is 90s R&B queen Brandy, who will be performing a set backed by The Roots. Georgia rapper 2 Chainz is also high on the bill, along with a Dipset reunion of founding members Cam’ron, Jim Jones and Jules Santana. New York’s long-running experimental rock outfit Dirty Projectors is in the mix as well, along with the return of Philly’s Lil Uzi Vert who made a breakout performance at the 2016 Roots Picnic. Atlanta’s 6lack (as Questo said “that’s ‘black’, too all born before 1983”), who generated a lot of buzz from his 2016 LP Free 6lack, is also in the mix.

Toronto R&B duo DVSN is in the mix, as well as Ruff Ryders fave Jadakiss facing off against Fabolus in Black Thought’s annual live mixtape with J Period.

The grand finale is The Roots Jam Session — aka the parties The Roots famously throw pre-Grammys — hosted by comedian Dave Chappelle. Questlove says it comes “with mad mad mad surprise guests! Like seriously im not naming em here. Just gonna be one POW! after another POW POW after another #BoomBapPowSurprise for ya.” I hope #BoomBapPowSurprise is trending by the end of the festival.

Tickets go on sale Friday, February 16th at noon; more information can be found at the XPN Concert Calendar. And as always, if you are able, we recommend you start your day with the Roots Rock Run 5K, a benefit for Black Thought’s GrassRoots Community Foundation charity. Registration is now open here.