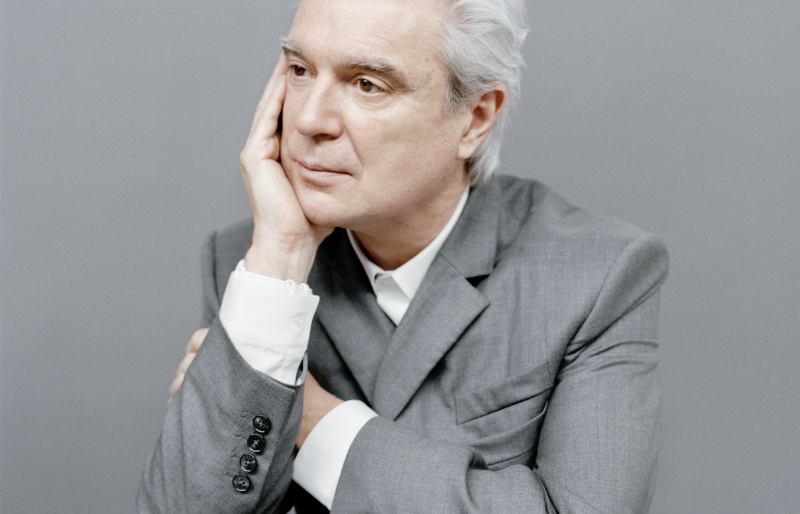 At the beginning of 2018, it was announced that Talking Heads founding member and prolific artist David Byrne was gearing up for a new release. American Utopia, the title of Byrne’s first solo outing since 2004’s Grown Backwards, was announced alongside lead single “Everybody’s Coming to My House,” a catchy, upbeat jam and XPN favorite track. Slated to release March 9th on Todo Mundo and Nonesuch Records, American Utopia is available to stream in full now, a week early, over on NPR Music.

Speaking on the album, Byrne relays:

“These songs don’t describe an imaginary or possibly impossible place but rather attempt to depict the world we live in now. Many of us, I suspect, are not satisfied with that world—the world we have made for ourselves. We look around and we ask ourselves—well, does it have to be like this? Is there another way? These songs are about that looking and that asking.”

David Byrne is embarking on a solo world tour, “the most ambitious show I’ve done since the shows that were filmed for Stop Making Sense,” with sold out stops in Red Bank, NJ and Wilkes-Barre, PA this weekend. Fear not if you weren’t able to grab a ticket (or make the trek north), since Byrne will be appearing across the river at the BB&T Pavilion this summer to headline our XPoNential Music Festival on Friday, July 27. Head over to the festival’s website to find tickets and view the other announced artists.

View the music video to single “Everybody’s Coming to My House,” as well as the full tracklist to American Utopia below, and listen to the album in full here, via NPR.