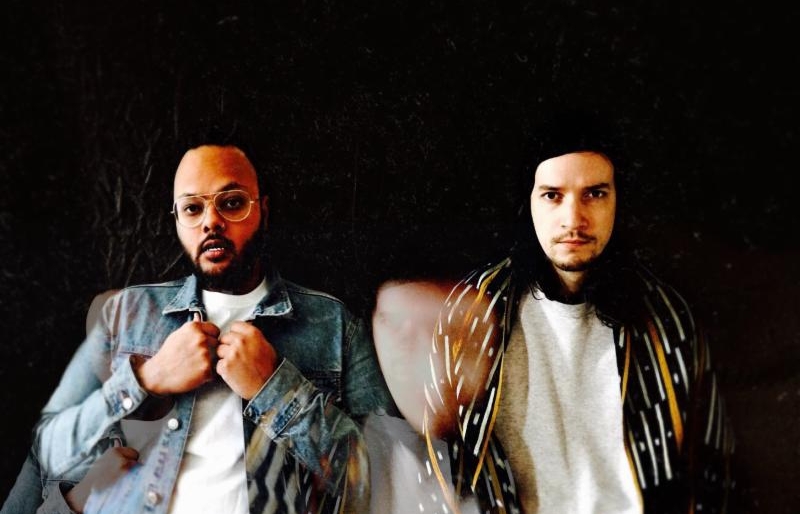 The Skull Eclipses | photo courtesy of the artist

The Skull Eclipses is a duo comprised of Austin producer Spencer Stephenson (aka Botany) and Philadelphia emcee Raj Haldar (aka Lushlife). Their music blends spacey textures and hip-hop lyricism, and a new single from their forthcoming eponymous album (out March 9th on Western Vinyl) takes a particularly urgent tone. The track, “Gone” features a verse from Chicago rapper Open Mike Eagle, and covers weighted topics including the prison industrial complex, corrupt banks, immigrations, and police brutality.

The song begins with Haldar’s voice fading in, a clever choice which forces the listener to pay more attention to his words as he raps practically without stopping, his frustration almost tangible. Open Mike Eagle takes the second verse, switching things up as he raps about police brutality with his flows moving around and in between the beat rather than directly with it.

The track has an old school feel in regards to the drums and the delivery of the rap, but it has a futuristic element with the synths and flutes. The production is overall more on the simple side, which allows the listener to focus in on the heavier messages in the raps.

Listen to the song below, and preorder the album The Skull Eclipseshere. Catch them live at Johnny Brenda’s on March 9th. Tickets and information for that show can be found here.