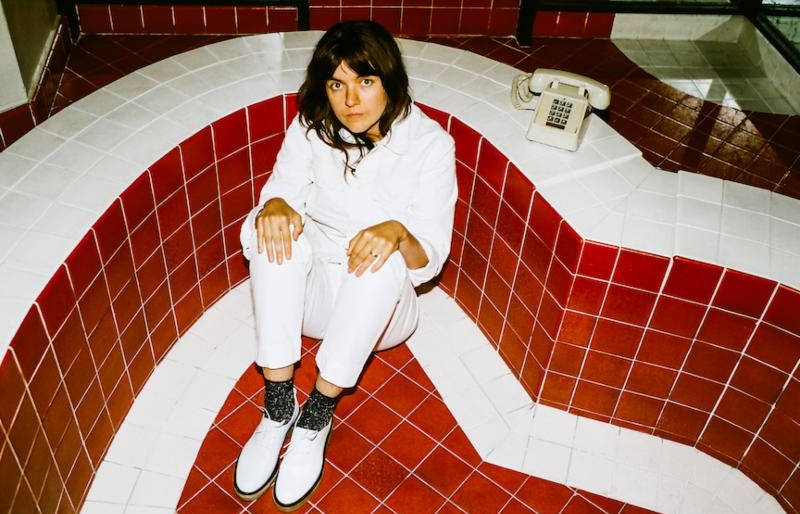 Courtney Barnett | photo by Pooneh Ghana | courtesy of the artist

The dystopian fantasy world depicted in Courtney Barnett‘s video for new single “Need A Little Time” doesn’t look anything like our world, but it’s just as strange and unwelcoming as real life can often be. So, it’s no surprise that Barnett would want to escape this reality to float through space, playing her guitar among the stars.

“Need A Little Time” is the second single from Barnett’s forthcoming record Tell Me How You Really Feel, out May 18, and in every way the first single “Nameless, Faceless,” was a powerful call to political action,” this new one emphasizes the necessity of taking a break when it all becomes too much. “You seem to have the weight of the world upon your bony shoulders, well hold on, you need a little time out,” sings the wise Barnett, in a laid-back tone over smooth, smooth riffs.

The video’s director, Danny Cohen, shared the following in a press release:

“Need A Little Time” has this soaring, floating feeling to it. I decided to play on the meaning of the song, Courtney needs some time away from herself (and you). I didn’t want to show Courtney leaving her friends/family/fans etc, it needed to be more metaphorical. Courtney floats through space and time, ends up in some isolated part of the universe. She finally has found some time alone, just Courtney and her guitar, singing in space without a care in the world.

Watch the video below. Courtney Barnett plays a sold-out show at Union Transfer on May 16.