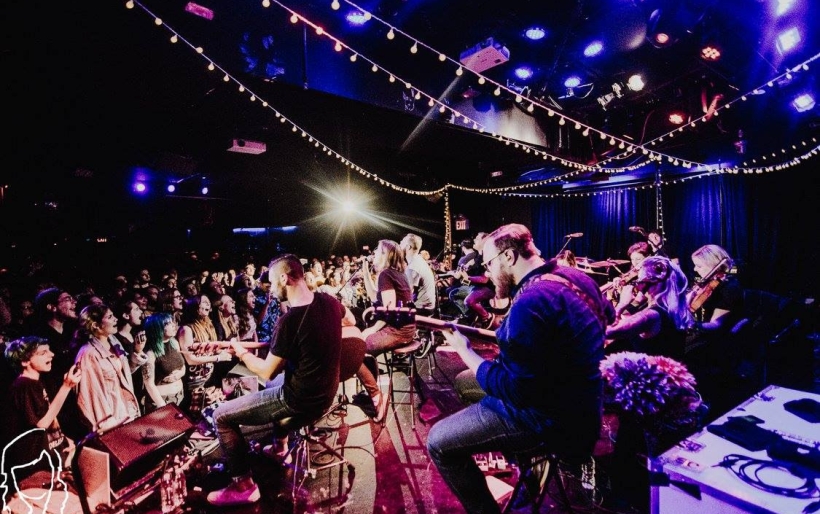 The Wonder Years | photo by Carolyn Ambriano | courtesy of the artist

In addition to churning out hits for over a decade,The Wonder Years are also known for their dedication to using their platform to do good. Last fall, the band played a series of shows in New York that were livestreamed to raise money for Fondos Unidos de Puerto Rico, an organization that aids relief efforts following devastation caused by Hurricane Maria in Puerto Rico.

The performances, which followed the release of The Wonder Years’ acoustic Burst & Decay EP, show a quieter, more stripped-down side of the band, and they were joined onstage by The Little Kruta String Quartet and Laura Stevenson.

Now, months later, Puerto Rico is still far from fully recovered. To continue to raise relief funds, The Wonder Years have released footage of last fall’s performances. The series of five videos is available to watch on YouTube, and donation links are included with each video.

The Wonder Years’ forthcoming LP Sister Cities is out April 6. To celebrate the release, the band will host two pop-up events in Philadelphia, on April 5 and 6, which will feature live performances, Q&As, and more. More details can be found here.

The Wonder Years play The Fillmore on June 8 and 9 with Tigers Jaw, Tiny Moving Parts and Worriers — the first show is already sold out, but tickets for the following date are still available. Find more information on the XPN Concert Calendar.

Watch the performance of “Passing Through a Screen Door” below and click here to watch the rest of the videos and make a donation.