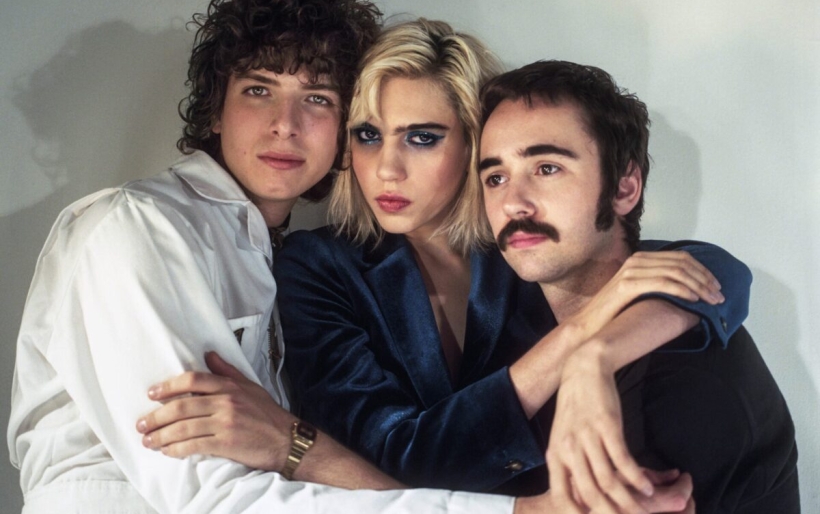 Sunflower Bean takes a turn towards the heavier on “Human For”

Rising indie darlings Sunflower Bean release a new single today, entitled “Human For,” their latest to be released ahead of their sophomore LP Twentytwo in Blue, out Friday March 23rd on Mom + Pop Records. The trio of twentytwo-year old New Yorkers have been gearing up for the LP release for months now, and the latest single comes as a surprise to many. The song is a great expansion to Sunflower Bean’s palette, and is just enough to tide over fans ahead of the album release.

“Human For” takes a turn for the heavier compared to some of the band’s previous tracks, like their popular cover of Neil Young’s “Harvest Moon” and fellow album single “I Was a Fool.” Driving guitar riffs and bright vocal ah’s immediately start off the song, almost as if they were to lead in from a previous track on the album. A noisey midsection mixed with the urgent vocals is what sets apart “Human For” from quieter tracks. Just under 2 minutes and 30 seconds, the band packs a lot of noise into such a short track, something not quite expected from the group but certainly welcomed.

Recently, Sunflower Bean played our Free at Noon Concert the same day as their sold out show at Everybody Hits. Currently, the band is returning from Austin, TX for South by Southwest, where they performed at a whopping 11 showcases. But most importantly, the band will be joining us on the waterfront this summer to perform at our XPoNential Music Festival, taking place July 27, 28, and 29! More information/tickets can be found on the festival’s website.