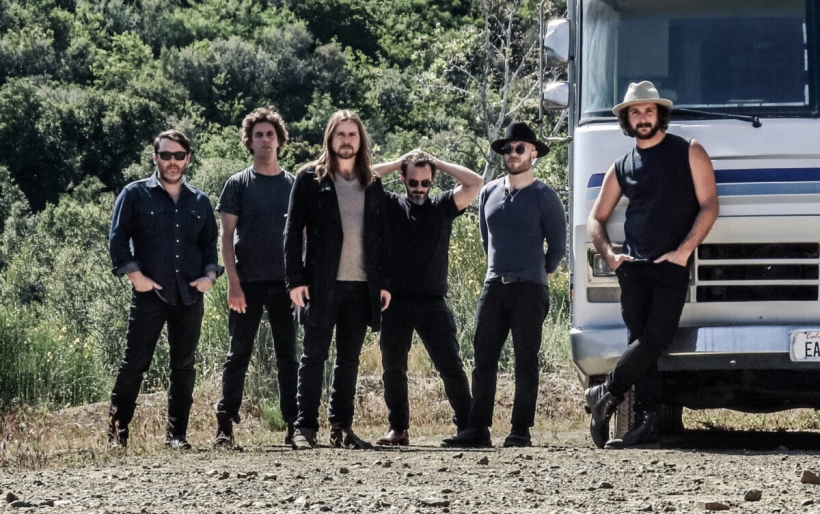 He and his bandmates have been the backing players for Neil Young, he’s collaborated with his famous father Willie Nelson, and last year, rootsy singer-songwriter Lukas Nelson struck out on his on with his debut album Lukas Nelson and Promise of the Real.

Released in August, the album established Lukas as an artist in his own right, not just someone with a famous last name; he was named an XPN Artist to Watch in November, and is on the lineup of this summer’s XPoNential Music Festival.

Today we’re happy to give you a first look at a new music video from Nelson and Promise of the Real; “Fool Me Once” is classically countrified song with a travelogue video that handily depicts life on the road for a working artist.

There’s no debauchery or lear jets; no mobs being fended off by security detail. Instead, we see the more honest perspective: long drives of flat scenery out the van window or dark highways out the dashboard ahead, the arrival that the empty venue and the odd serenity of playing a piano when nobody else is listening. And, of course, we see the triumphant eventual gig, the POTR playing a rollicking tune as the crowd bobs and sways.

Watch “Fool Me Once” below, and get information on Nelson and the band’s appearance at the XPoNential Music Festival this summer at XPNFest.org. For more, read our interview with Nelson here.