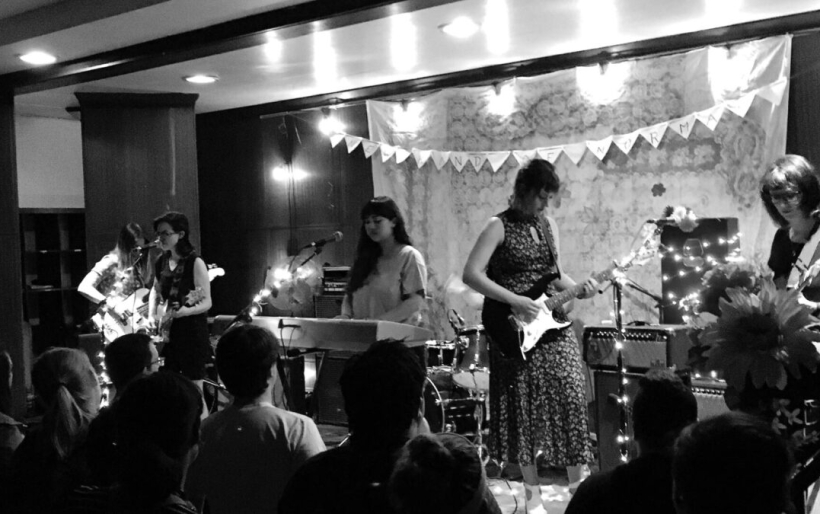 Everyone’s always been told that “the third time’s the charm,” but thanks to an effort in the local DIY scene, there’s a reason to redefine that old adage. First Time’s the Charm aims to showcase diverse voices by placing a spotlight on new and underrepresented musicians. The event started in 2013 and will return this July for its third installment.

The goal, according to the event’s Facebook page, is to combat lack of diversity in the local music scene: “as members of the DIY music community we need to do everything we can to make our scenes less homogeneously white, straight, and male.” The result is two nights of music, performed by artists who meet the above criteria. Proceeds from this year’s event will benefit local nonprofit Beyond The Bars, which teaches music to incarcerated youth. (DISCLOSURE: Key contributing writer Yoni Kroll is on the organizing committee of FTTC.)

At the inaugural First Time’s the Charm in 2013, 16 bands played their first-ever shows, and many would go on to become established members of the local scene, like Marge and Littler. FTTC returned in 2016 with a record 20 bands, 15 of which were later featured on the compilation recording No Gatekeepers, including familiar local names like Aster More and Taxes.

Meri Haines is the vocalist and guitarist of the band Great Weights, and got her start at the 2013 event. Now a FTTC organizer, Haines said:

“At this point it’s been about four and a half years since I played First Time’s the Charm, but I still see the event as important and necessary as ever. I was very fortunate that I got to play the first one, and it opened up a lot of opportunities for me. I think it’s important to take those experiences and opportunities and transform it into action. It’s important to materialize our politics. Now more than ever, it’s crucial that we carve out space for marginalized voices to be heard. First Time’s the Charm is a way to ensure that we’re always working to make the DIY scene more inclusive.”

Listen to the No Gatekeepers compilation of music from 2016 First Time’s the Charm artists below. This year’s FTTC will take place July 6 and 7 at PhilaMOCA. Find more information on the festival’s Facebook event page or at its Facebook profile; artist submissions are currently being accepted at this form.