Kississippi on sad songwriting, feeling powerful, and the beauty of boxed wine - WXPN | Vinyl At Heart 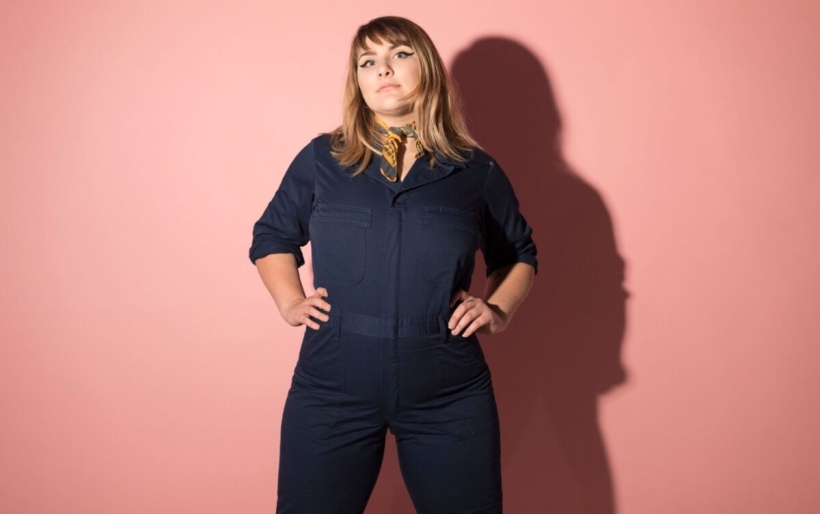 Kississippi | photo by Megan Thompson | courtesy of the artist

Kississippi on sad songwriting, feeling powerful, and the beauty of boxed wine

On a summer night in 2014, Zoe Allaire Reynolds was driving from Tennessee back home to Philadelphia with a carful of people she didn’t really know.

Reynolds hadn’t released any music as Kississippiyet, but that night, as she often does, she put what was going on in her head into words. She wrote about that specific moment in time, about who was with her and who wasn’t: “In the backseat of Max’s car / Philadelphia gobbles up the stars / A thousand miles from where you are.”

These lyrics would become the song “Googly Eyes,” which would later appear on Kississippi’s first EP, 2015’s We Have No Future, We’re All Doomed.

When Allegra Eidinger first heard the EP, something about those lyrics struck them, and they realized that they’d been there in the car that night, but hadn’t spoken to Reynolds since. “I didn’t even know that you made music,” Eidinger says to Reynolds now, laughing.

Almost four years later, Reynolds has written a whole new batch of Kississippi songs and the project’s debut full-length album, Sunset Blush, is out today. Eidinger has moved to Philly and joined the band’s lineup on guitar. The two musicians tell the story of how they met in tandem, each jumping in to finish the other’s sentences.

“Now we’re gonna be in the backseat of a van for a long time,” Reynolds jokes. Kississippi went on a short Midwestern headlining tour in March before joining Dashboard Confessional on their month-long “We Fight” tour. Now, the band has returned home to Philadelphia to properly celebrate their record release.

Reynolds started Kississippi as a solo project, never really playing with the same band members until the current lineup came together. “I’ve kind of just had a never-ending, changing lineup for the whole time that I’ve been doing this,” Reynolds says.

The current band, which Reynolds says came together kind of randomly when she needed to find new touring members at the last minute, also includes Adam DaSilva on bass and Jeremy Probst on drums.

Reynolds is a Philly native, but the rest came from farther away to be part of Kississippi – Probst from Tallahassee and DaSilva from the Boston suburbs. The band was looking for a new guitarist when Eidinger happened to be moving back to Philadelphia after a few years in Pittsburgh. “We just kind of scooped them up,” Reynolds says.

The touring lineup didn’t play on the new record, but they’re all planning to make Kississippi a more permanent thing going forward. They’re not without their other projects, though – Eidinger releases solo music under the moniker AllegrA and plays drums in Susie Derkins, DaSilva sings and plays guitar in Who Loves You and is the guitarist for Buster, and Probst plays drums in Coping Skills.

Reynolds took her time with Sunset Blush. She recorded the album at The Headroom in Kensington, working with producer Kyle Pulley. Though her current band wasn’t with her to record, she enlisted some Philly music scene staples to appear on the album, including Mikey Tashjian of Thin Lips and The Superweaks, Mary Allen of Tombo Crush, and Sofia Verbilla of Harmony Woods.

Kississippi’s touring schedule made it difficult for Reynolds to set aside time to record the album, making her process less straightforward than it was back when she recorded We Have No Future, We’re All Doomed – that EP only took a few days in the studio, but Sunset Blush, start to finish, took months.

“I kind of just spent a bunch of time going on tour, coming back, recording at Headroom and going on tour again,” Reynolds says. “I was kind of partially writing it while recording it, and spent a lot more time on rearranging stuff and making sure the structures were right.”

Kississippi released Sunset Blush’s first single in December. “Cut Yr Teeth” is a song as scathing as it is sincere, the songwriter’s vulnerability balanced with glimpses of her growing personal strength.

“The person you made yourself out to be would feel sorry for what you’ve done to me,” sings Reynolds, “You’ve never felt sorry at all.”

“I really wasn’t expecting it to do as well as it’s been doing, and it’s been really cool,” Reynolds says of the single. “It’s one of the songs that I’m the most proud of on the record. It captures the whole record.”

That’s one of the reasons “Cut Yr Teeth” was chosen as the album’s lead single, but Reynolds also adds, laughing, “I think it was kind of out of spite, because the person who I wrote the song about needed to hear it sooner.”

And she’s not worried about certain people who have inspired her songwriting hearing what she has to say about them. “Anyone who I’m writing songs about, who could tell that I’m writing about them, they’ve fucked up hard enough that they deserve it, they can deal. I don’t care if they hear it,” Reynolds says.

Kississippi’s songs have always been deeply personal, but on the new record, Reynolds is polished and composed, singing with an air of total self-assurance. This confidence comes through in her live performances as well, even though her songs contain raw and honest glimpses into her past pain.

“Honestly, it’s more liberating than anything, but sometimes it does get kind of hard,” Reynolds says when asked about the emotional toll of sharing personal songs with an audience. “I’ve been doing a lot of solo touring over the last year, and that’s when it actually hits me, when I’m alone and my band’s not there. I sometimes just get really into a zone with a song and it can be kind of rough sometimes. But for the most part, it’s kind of therapeutic. It’s good to get it out there.”

Sometimes, for Reynolds, saying things through song can be easier than articulating them in real life. “I, like, personally for a long time have not been the best at talking about my feelings, so I’m glad that I have this project because it gives me a reason to actually say shit, and has also made me better about being open about my life,” she says.

“I also am mostly a major chiller and don’t like to start any kind of conflict or anything like that, so it’s cool to have this be my thing where I can be like, ha ha! I have feelings! Don’t do this to me again!”

While the intentions behind Kississippi’s songs are deliberate, Reynolds says that the writing process hasn’t been without its challenges. The sparser, quieter nature of the songs on We Have No Future… matched the sadness in her lyrics easily. But with Sunset Blush, Reynolds wanted to liven things up, for her audiences and for herself.

“With this record I was like, I really don’t want to be writing boring, sad stuff anymore, I don’t want people to just be sitting in one place. I want this to be something that people can dance to, and I also want to be able to jam the heck out so that when I’m singing about my feelings I’m like I FEEL STUFF, and I can be happy while I’m doing it,” she says.

“It definitely took a little more effort, but that’s the whole point of writing music, I think, is like actually putting some life into it.”

When the album started to come together, Reynolds wanted a title that captured the feeling of the songs. But when asked about the title, Sunset Blush, she admits that it started off as a joke, answering with a laugh, “I drink a lot of boxed wine.”

“It’s just like a Franzia, pink, sticky, gross wine. But it’s one of those things that, through the time I’ve spent in Philly, has been a party staple, and just appears everywhere in my life. So I just thought it was funny. And then it started getting close to the point where I was actually trying to figure out the name for the record, and I was like, Sunset Blush actually suits the record really well, outside of the fact that it’s a Franzia.”

Reynolds has already started to feel the effects that Sunset Blush has had on not just Kississippi as a band, but her as an artist, and she’s been looking forward to its release with mixed feelings of nervousness and excitement. She hopes that listeners feel the same empowerment in hearing these songs that she’s felt by putting them out into the world.

“I feel like when I first started going to shows in Philly, I felt a little bit powerless, and just awkward, and it was hard to branch out. So I feel like that was like a bad start, but then it also pushed me to actually make an effort with people, and then I found the right people through it.”

Kississippi’s Sunset Blush is out now; stream it on Apple Music or on Spotify and look for a physical release later this year. Kississippi has no Philly gigs announced at the moment, but keep tabs on their Facebook for more news and info.