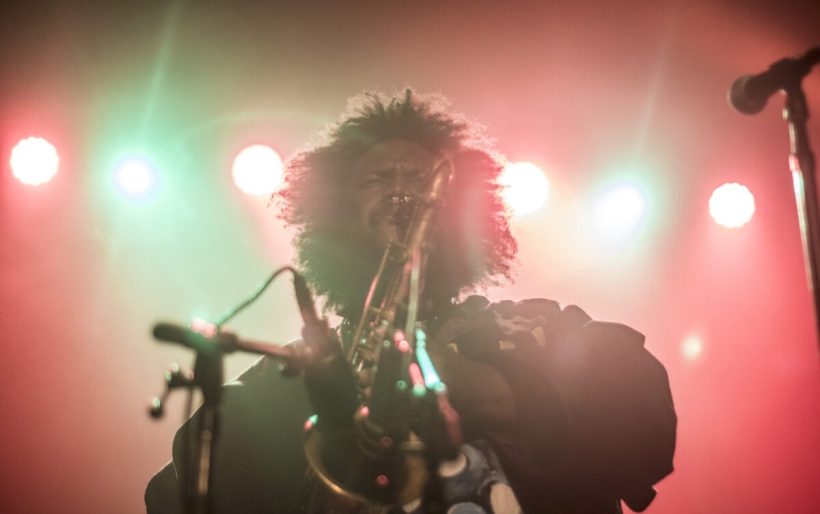 Visionary musician and saxophone king Kamasi Washington has announced his latest release, and it’s ambitious one. The artist will release a 16-track double album, called Heaven and Earth, this June, and in the meantime has shared two new singles.

“The Space Travelers Lullaby” and “Fists of Fury” come from the heaven side and the earth side, respectively, of the double LP, and each lengthy tune feels like a world of its own. The two separate halves of the new album work together — not in opposition or contradiction, but rather in a way that sees Washington challenging the reality of the world from a cosmic mindset.

Of the forthcoming album, Washington said in a press release:

Both new tracks are accompanied by minute-long videos created by British artist and director Jenn Nkiru — watch below. These visuals reportedly precede a more expansive Heaven and Earth to be released later this year.

Heaven and Earth is out June 22. Kamasi Washington’s extensive upcoming tour makes a Philly stop at the Electric Factory on November 9. Find more information on the XPN Concert Calendar. Check out the videos below and listen to the songs in their full 10-minute-long glory via streaming services.

Heaven and Earth track listing
Earth
1. Fists of Fury
2. Can You Hear Him
3. Hubtones
4. Connections
5. Tiffakonkae
6. The Invincible Youth
7. Testify
8. One of One
Heaven
9. The Space Travelers Lullaby
10. Vi Lua Vi Sol
11. Street Fighter Mas
12. Song for the Fallen
13. Journey
14. The Psalmnist
15. Show Us the Way
16. Will You Sing
Related Content
View All Related Content