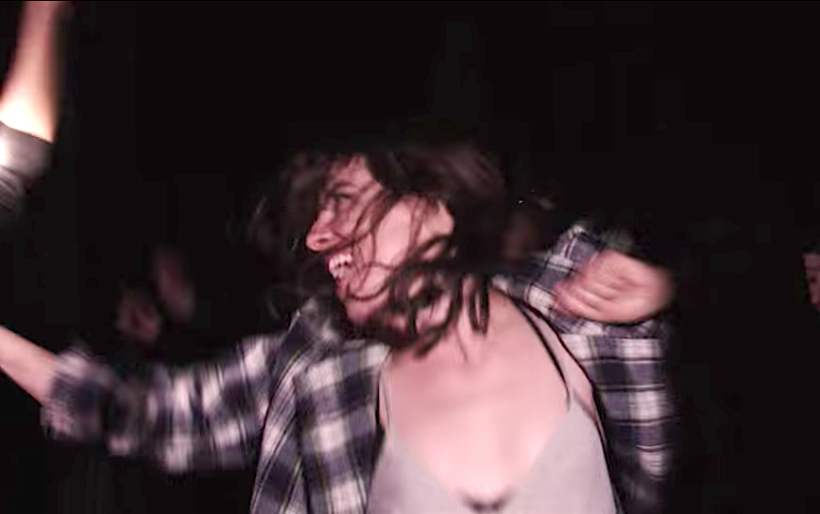 Hop Along | still from video

Everything about Hop Along’s video for “How Simple” is genius

Yes, yes, we know. You’re probably getting tired of hearing us enthuse over Hop Along. To those sentiments we would ask the following: how? Why? And have you watched this sick new video for “How Simple” yet?

This is a band that rarely does the music video thing — the only one to come out from 2015’s Painted Shut was a surreal animation for “Powerful Man” — so the fact that (a) the video exists and (b) the band actually appears in it is cause for excitement in itself. But also, (c) it’s just so very incredibly fun.

A few highlights: dance moves! Singer-guitarist and songwriter Frances Quinlan gets her groove on in a spotlight for the first half of the Derrick Belcham-directed video amid a house with Bill Callahan posters and handmade artwork. Choreography is at play (Rebecca Margolick is credited as movement coach here), but Quinlan is clearly having a lot of fun with the experience, and her energy is contagious.

Also, non sequiturs! Quinlan’s bandmates are eventually revealed, playing their instruments in a kitchen, completely deadpan, the polar opposite of the frontwoman in motion — and amid that, she takes a quick pause to sit down to a serving of BAM! cereal. Uh, what? (UPDATE: Per Brooklyn Vegan, the cereal is a Charlie Brown reference.)

Finally, the best party ever! The concluding dance-off was filmed either in a backyard or a warehouse party (unclear) and features cameos from Cat Park from Amanda X and Eight and Tact and various others; Lucy Stone (who just opened for Hop Along’s sold-out Johnny Brenda’s show), behind-the-scenes figure Nicky Devine; photographer C.J. Harvey, and Rachel Sanders.

Hop Along leaves for tour on May 1st and plays a headlining show at Union Transfer on Saturday, May 19th, but it is sold out. If you don’t have tickets already, console yourself by watching the video a couple dozen times below.