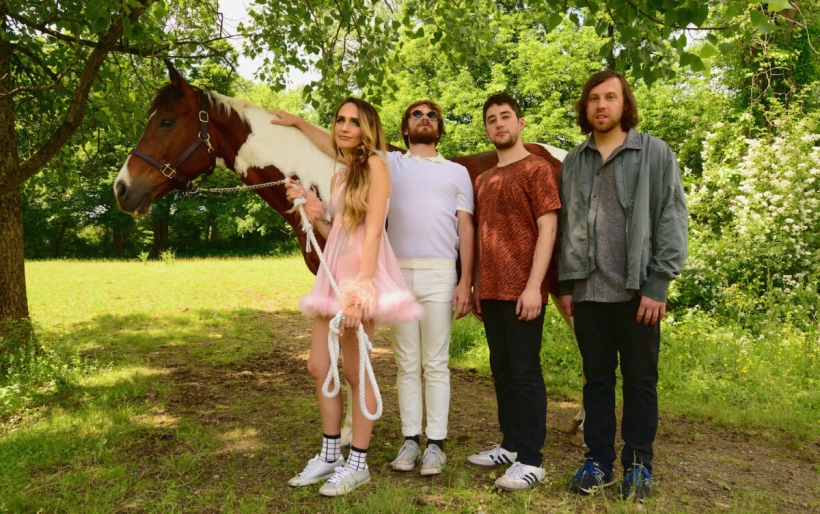 Speedy Ortiz | photo by Shervin Lainez | courtesy of the artist

Indie rocker Speedy Ortiz, main project of Sadie Dupuis, recently released the track “Villain” along with an accompanying music video that uses dreamlike imagery to illustrate harassment of all kinds.

The guitar rock-y “Villain” sounds like a return to form for Speedy Ortiz, who previously released two pop-leaning synth-heavy tracks in the form of “Lucky 88” and “Lean In When I Suffer.” It would make sense that the track was originally written in 2014, according to Billboard. All three singles are set to appear on Speedy’s third album, Twerp Verze, out April 27 on Carpark Records. Just like the first two single, the release of “Villain” is accompanied with a music video, and this video tackles harassment.

The colorblock music video is directed by Elle Schneider, who previously work with Speedy Ortiz on the David Lynch-referencing music video for their 2015 track “My Dead Girl.” For this music video, Schneider and Sadie Dupuis decided on the character of Fish Head to be the villain – a representation for all types of harassment. Speaking on the creation of the music video in an interview with Billboard, Dupuis explained:

“I approached her [Elle Schneider] and said, ‘Here’s a song, here’s what it’s about, but I don’t want to be super literal or heavy-handed.’ She knows that we love doing genre stuff and monster stuff, and we came up with this idea,” explains Dupuis. “We wound up doing this Fish Head [monster] and we liked that because it’s gender ambiguous and can show that this stuff — although a vast majority is from cisgender men – it really can be anyone who is ignoring your personal space and needs.”

View the music video for “Villain” below, and head over to Carpark Records’ to preorder Twerp Verse.