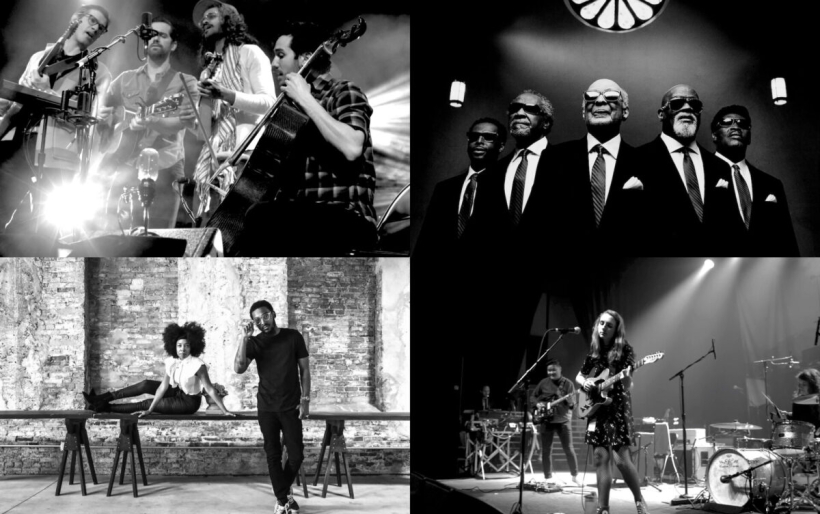 These are exciting times, folks. As if this year’s XPoNential Music Festival lineup wasn’t already stacked enough, today we’re thrilled to announce several more artists that will be joining us this summer on the Camden Waterfront.

First up are longtime XPN faves Darlingside— the indie folk group released their excellent new album Extralife a few months back. Long-running gospel act Blind Boys of Alabama, which has been around since 1939 and is still making new music, will also play as part of the #XPNGospelRoots project; Latin roots rockers M.A.K.U. Soundsystem are in the mix as well.

The new collaborative project of Donn T and Chill Moody &Morewill make its live Philly debut at the festival, after sharing a single, “My Own Light,” from its forthcoming album.

Three other local acts were also added—Philly blues rockers Greg Sover Band, who recently recorded a Key Studio Session; trumpet aficionado and (UPDATE: Matt Cappy is unfortunately unable to perform at XPNFest due to a scheduling conflict.); and Harmony Woods, the project of Philly DIY scene’s Sofia Verbillawhich released its incredible debut album Nothing Special a year ago.

The other news is the reveal of the daily lineup, which you can find at xpnfest.org, along with festival information and three-day passes.

XPoNential Music Festival takes place July 27, 28, 29 at Wiggins Park and the BB&T Pavilion. Listen to some tunes from the newly announced artists below.