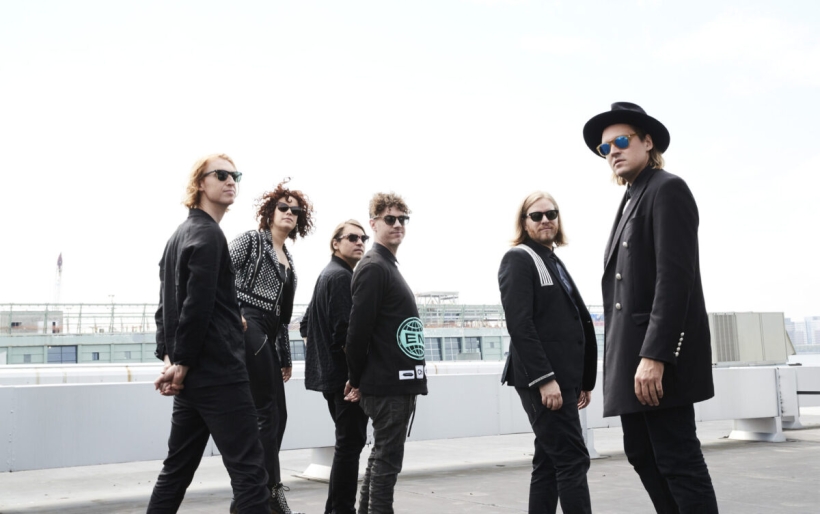 Watch Arcade Fire and Chrissie Hynde cover The Pretenders in London, plus so many more covers

Arcade Fire seem to be on tour constantly as of late. The Canadian rockers can currently be found across the pond in Europe, where they just played their second night out of three in London. Early on in night one, Arcade Fire brought out Chrissie Hynde of The Pretenders to cover “Don’t Get Me Wrong.” For their final song, the band’s set-closing staple “Wake Up,” Hynde rejoined the band on stage along with openers Preservation Hall Jazz Band and The National’s Bryce Dessner.

On the opening date of the band’s European “Infinite Content” tour, Arcade Fire also covered “Linger” by The Cranberries while performing in Dublin; and last night, Jarvis Cocker of Pulp joined the band on stage. View videos to all three of the songs below.

Head over to XPN’s concert calendar for information and tickets to Arcade Fire’s July 19 date at the Festival Pier at Penn’s Landing, and check out The Key’s K. Ross Hoffman’s coverage of Arcade Fire’s most recent show in Philadelphia.