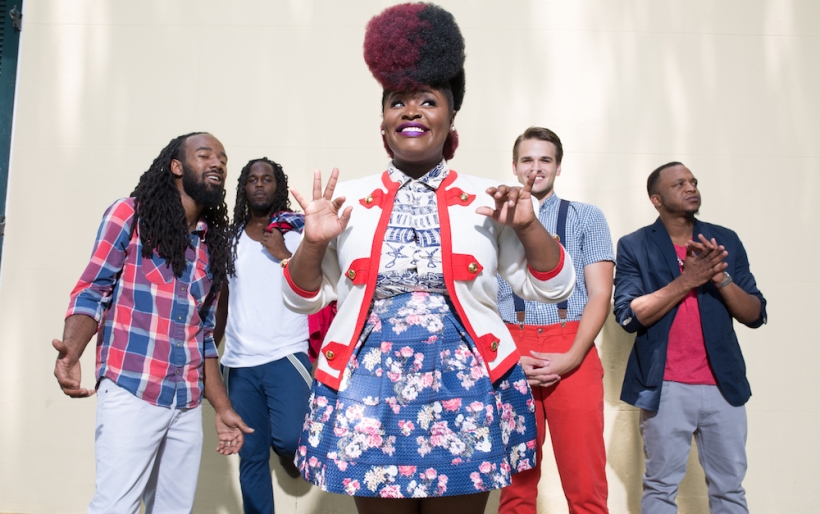 Tank and the Bangas | photo by Gus Bennett Jr. | courtesy of the artist.

It’s hard to believe it’s only been a year since Tank and the Bangas appeared on our radar as the winners of NPR Music’s 2017 Tiny Desk Contest. There’s a reason the New Orleans-based group stood out among the annual contest’s six thousand other entries and made their way into the winning slot. Their energy is infectious, and we’re about to hear a whole lot more of it.

The past year has seen Tank and the Bangas tour the country, film a Tiny Desk Concert, hit the festival circuit, and perform at NPR Music’s 10th birthday concert. This summer they’ll appear in the Wiggins Park Lineup at the XPoNential Music Festival. But before then, they’re releasing some new tunes.

Tank and the Banga’s new single “Smoke.Netflix.Chill.” comes alongside the news that the band has signed with Verve Forecast. No word yet on when we can expect a full-length release, but for now, the new song is streamable below. The five-piece, led by Tarriona ‘Tank’ Ball, pours all the captivating energy that won them the contest into “Smoke.Netflix.Chill.”; their fresh sound a perfect complement to the song’s real-world commentary.

As Tank tells NPR: “I wanted to tell this story from a girl’s perspective — a girl that actually wants to chill, instead of the guy pushing for it. I wanted to see where that could go. I’ve never written so many verses to one song! But it was so worth it to see the story in my head actually come to life.”

Listen below, and get tickets and information on XPNFest here.