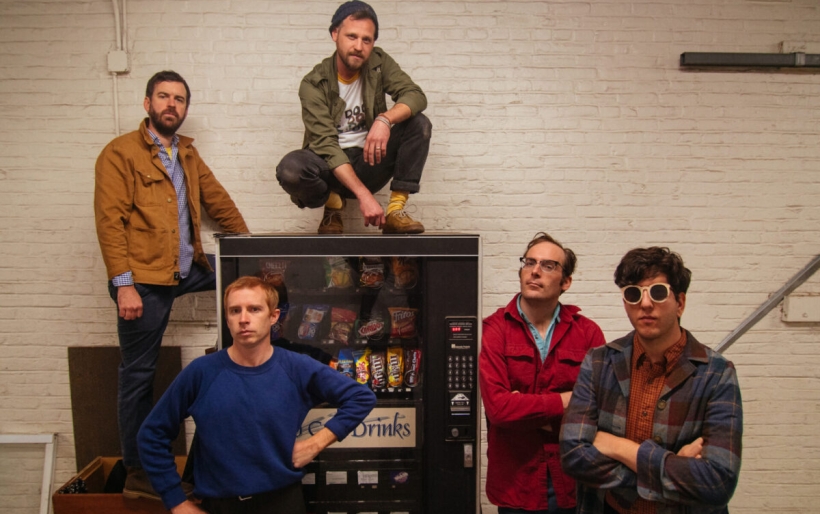 Dr. Dog | photo by Ryan McMackin | courtesy of the artist

In a way, Dr. Dog has returned to its roots through a process of reinvention.

On the surface, Critical Equation — the tenth album from the Philadelphia rock band, which you can take an early listen to down below — sounds like another true-to-form installment in their catalog. Its uplifting vocals and left-of-center tones and textures could have sat easily alongside the psych-tinged anthems of 2008’s Fate, or 2010’s Shame, Shame, or 2012’s Be The Void. It doesn’t necessarily feel “new”; maybe we could say it’s refined, an older/wiser take on Dr. Dog’s younger selves. But the way the band arrived at this point was hardly direct.

Following two outside-the-box releases — the experimental LP The Psychedelic Swamp, a revisit of some of Scott McMicken and Toby Leaman’s earliest songs reimagined with the Dr. Dog of 2015; and the downbeat ballad-oriented Abandoned Mansion, recorded in 2014 and released in late 2016 — the band took six months off, then reconvened with batches of fresh music, deciding that it needed to get out of its comfort zone in order to continue.

As McMicken says in a press release for the new album: “We had to tear it apart in order to rebuild it.” As he put it more bluntly when premiering the album’s opening track “Listening In” at NPR Music, the project’s guiding principle was “Fuck Dr. Dog.”

Rather than record by themselves in their own studio, in the insular comfort they became accustomed to, the band flew to Los Angeles to make the album with producer Gus Seyffert. Their previous go at working with an outside producer was a mixed experience on the band’s end — Rob Schnapf worked with them on the initial recording of Shame, Shame, though the band parted ways with him midway through to finish the project on their own back in Philly — however, it did result in what is arguably Dr. Dog’s best work.

“One of the big conclusions we came to was that we’ve got to blow this whole scene open,” explains Leaman in the Critical Equation press materials. “We needed somebody to be the boss, somebody to be in charge of us in the studio. It’s not the way we’ve ever worked before, but we really trusted Gus.”

You can hear that drive, that determination, that desperation, on the album’s two opening cuts; the pensive “Listening In,” which stews in an atmosphere of jealousy before launching into the barreling “Go Out Fighting.” Here, the band races in minor keys with spooky keyboard tones and airy drumbeats, unleashing “never-give-up” sentiments that could be a less expletive-laden mission statement for Critical Equation. The lyrics are general enough that you could apply them to a variety of situations, whether they be a response to the toxic political climate of 2018 or a group of artists sprinting to stay in the race after close to 20 years.

It’s one of the best opening strokes of Dr. Dog’s catalog, it feels like the band is pulling from a different playbook, even moreso than it did on the oddball Swamp project (which still had the classic-style Leaman number “Bring My Baby Back” at its core). From here, the album walks it back to more familiar-sounding territory, an evident move to not go completely bleak with Critical Equation. McMicken’s “Heart Killer” and Leaman’s “True Love” at the center of the album could be B-Room b-sides, fixating on the trials of love but spinning them into buoyant pop gems. They’re good and very fun tunes, albeit songs we’ve heard Dr. Dog write countless times over its career.

The best moments of Critical Equation can be found in its its most low-key song, McMicken’s “Night.” It’s a slow, aching torch song awash in resplendent echo effects and generous use of unfilled space. Lyrically, McMicken reflects on the solitude of the latest and earliest hours on the clock, singing “In a perfect world of my own design I’d get rid of the sun in favor of the moonshine,” later adding vivid image “The light in the tunnel would be a neon sign.”

Though solitude is where McMicken the songwriter feels most comfortable, the collective experience is not to be discounted here, since it took Dr. Dog as a band to turn solitude into something this gripping and affecting. Yes, they still do the uplifting existential rock anthems and we still love them for those. But as the band matures, it blossoms in ways that can be surprising.

Critical Equation is out Friday, April 27th on Thirty Tigers records; give it a listen down below, and pre-order the album here. Dr. Dog plays Festival Pier at Penn’s Landing on Saturday, June 23rd with (Sandy) Alex G. Tickets and more information on the show can be found here.