The Skeleton Key: A jam-packed May, from Get Better Fest to Break Free Fest, Tuareg guitar to NYC no-wave, and so much sunshine - WXPN 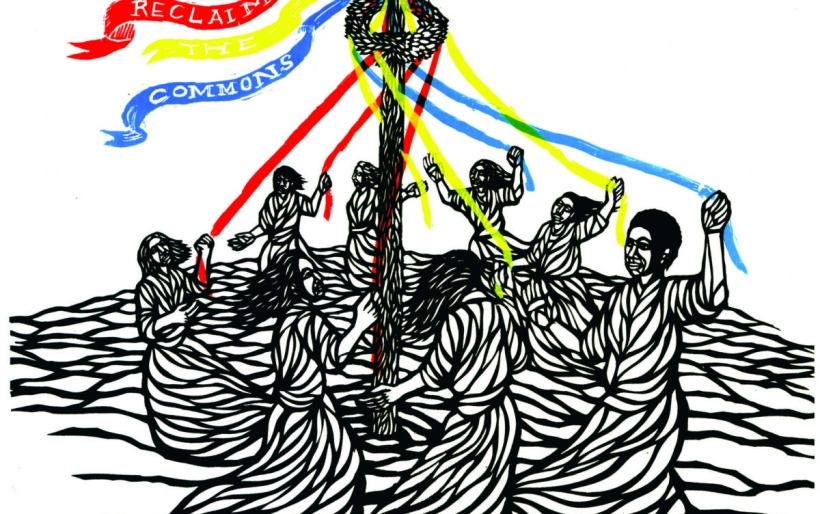 design by Erik Ruin | courtesy of the artist

The Skeleton Key: A jam-packed May, from Get Better Fest to Break Free Fest, Tuareg guitar to NYC no-wave, and so much sunshine

No matter if you spent it out in the streets at the May Day protest or circling a Maypole or just soaking up all that sunshine, I hope you had a wonderful beginning of the month. It’s finally spring, so slap on some shorts, ride that bike you’ve been neglecting all winter, and get your butt to the gig.

You can start tonight. There are not one but two truly excellent shows happening and if you time it correctly you can go to both! First up is the opening night of Mauricio Kagel’s Zwei Mann Orchester, a Rube Goldberg-esque two person musical contraption spread out across a large gallery space at Drexel with numerous performances all month. With more than 140 instruments all being played exactly one time each, the 50-minute long piece, organized by Bowerbird, is sure to be a beautiful cacophony of sound and movement. [INFO]

Seeing as that will be over by 8pm, you can then make your way over to PhilaMOCA to see celebrated Tuareg guitar wizard Mdou Moctar and his band. This will be Moctar’s second time at PhilaMOCA after playing a sold out show there last September that also included a screening of Akounak Tedalat Taha Tazoughai (Rain the Color of Blue with a Little Red in It), the Purple Rain homage he starred in that is very much required viewing. [INFO]

Keep those Tuareg vibes going the very next night at West Kensington Ministry for a very special performance by the Algerian desert rock sextet Imarhan. Not only are they absolutely fantastic but they’ll be playing with psychy heavyweights Sunburned Hand of the Man and Bardo Pond. This is going to be a remarkable and memorable show. [INFO]

Across the city is the first night of Get Better Fest 5, an annual queer and trans punk festival organized by the record label of the same name. This year the bands include Soul Glo, Solarized, Teenage Halloween, Mannequin Pussy, Big Nothing, Blank Spell, and about a dozen more heavy hitters. This is a stacked lineup top to bottom and in addition is a benefit for Morris Home, Project SAFE, and Black & Pink. Friday is at LAVA Space and Saturday at the First Unitarian Church. [INFO]

At PhilaMOCA Saturday night is one of the most interesting shows of the month. Martin Bisi – NYC-based producer and musician responsible for recording some of your favorites at his studio for close to four decades including Herbie Hancock, Violent Femmes, and Sonic Youth – is bringing his new band to Philadelphia for the very first time. I’d be excited if it was just them but the fact that the lineup also features original post-punk weirdos Live Skull as well as the Jim Coleman (Copshootcop) and Algis Kizys (original Swans lineup) ensemble This Wilderness is wild. Opening will be the catchy electronic duo Tidal Channel who are, “drawing upon regional folklore & situationist exercises” according to their bio. I can’t wait! [INFO]

Speaking of no wave, two days later is Lydia Lunch at Kung Fu Necktie. Not only will the indomitable Lunch be playing stuff from her most recent slew of releases, all excellent, she’ll be going back through time to offer up songs from some of her most well-known bands including Teenage Jesus and the Jerks, 8-Eyed Spy, and the numerous records put out under her name. Her band on this tour is made up of experimental mastermind Weasel Walter (The Flying Luttenbachers) with Bob Bert (Sonic Youth, Pussy Galore) and Tim Dahl (Child Abuse). Opening up will be local freaks Rubber. [INFO]

That Wednesday, May 9th, is the premier evening of Stellar Mass, a three day festival, “organized as a series of site-specific gatherings that explore the sacred roots and interstellar potential of spoken word practices.” The first night features Sirius Juju, Philadelphia Youth Poet Laureate Husnaa Hashim, and Moor Mother with Rasheedah Phillips of Black Quantum Futurism along with film screenings and a choral performance. It will be held on the terrace of the main branch of the Philadelphia Free Library. [INFO] The next performance is on the 10th at Iron Gate Theater and includes a reading by sci-fi visionary and Temple professor Samuel Delany as well as music from Bethlehem and Sad Patrick. [INFO] The final night of the event is at the Fels Planetarium on Wednesday the 16th with Ursula Rucker and King Britt performing. [INFO]

Let’s switch gears quickly and talk about architecture: specifically, the two floors that make up Kung Fu Necktie. Sure there are shows downstairs, shows upstairs, dance nights on both floors. But has there ever been a time when they should just install an escalator and a firemen’s pole to let people get as quickly between floors as much as on the 11th?  I mean, just look at this and revel in how not fair it is: Tav Falco’s Panther Burns with Brother JT and Jo Kusy downstairs and just a few feet – and one mean-mugging bouncer and a set of steep stairs – away is Mike Donovan from psych garage toe-tappers Sic Alps playing with Sparrow Steeple and Yuzo Iwata, who is currently blowing up in music nerd circles and for good reason. So if somebody could put the good word in to all the bands playing to try and stagger their sets, I’d appreciate it. [INFO + INFO]

The Feelies, one of the finest post-punk bands to ever come from the great state of New Jersey, are playing the very next night at World Cafe Life. While there might be other things going on – that Chris Forsyth & The Solar Motel Band with Sunwatchers show at PhilaMOCA is pretty cool – I’m pretty sure there’s nothing else as awesome as seeing The Feelies. [INFO]

There’s a number of shows that week, including the return of Philly expat Chaperone to the stage opening up for London-based electronic music maven Rival Consoles at PhilaMOCA [INFO] and that really fun Iceage and Empath gig at the Church. [INFO] But the one that is a must-see is Erik Ruin’s Ominous Cloud Ensemble doing a piece the artist and musician calls Long/Gone, “a single intricately-cut piece of paper which flows freely from image to image. Narratives and scenarios (often drawn from classic works of literature from Homer to Dante) emerge and collapse and spill over into each other. In performance, Erik scrolls the paper-cut continually across the surface of an over-head projector, creating an epic and immersive shadow-show.” Come to The Rotunda on the 18th for that. It’s sponsored by Bowerbird and is free! [INFO]

May is also the start of the 40th Street Summer Series, which is co-sponsored by The Rotunda. These free concerts in the park behind the Walnut St. Library have in the past featured bands including the Sun Ra Arkestra, Man Man, and Bobby Zankel. This year’s calendar kicks off with a show on the 19th with West Philly Orchestra and Dan Blacksberg’s Hot Klezmers. Not only will this be a great time but there’s also free ice cream. What are you waiting for? [INFO]

West Philly Orchestra saxophonist Dave Fishkin has been making a name for himself for years and not just in that Balkan-style brass band. There was his seven piece big band Extreme Fishkin. There were noisy punk duos including Gun Muffs and Righteous Aquarium & Jet Lightspeed. Just last week he performed a bunch of Van Halen covers at a tribute show at Underground Arts with The Affordable Wedding Band, which is him and guitar shredder Nick Millevoi. And this month his most recent outfit David Fantasy & Adult Content – “A hardcore erotic funk band whose mission is to make asses shake” –  is playing twice. The more ridiculous of these shows is opening up for Andrew W.K. at Union Transfer on the 21st. [INFO] Yes, you read that correctly. But first they’ll be playing with outer-planetary rockers S.T.A.R.W.O.O.D. and disco freakouts Van Goose from NYC on the 6th at the Pharmacy. [INFO]

The end of the month is just as relentlessly busy, if not more so. There’s that Blowdryer record release show at the Batting Cages on the 25th with Soft Crime and Chronic Anxiety, who are currently in the recording studio. I’m really looking forward to getting my hands on that Blowdryer tape. Bonus: Soft Crime is Jason Spacin’s new thing! It’s all very exciting. [INFO]

The very next day is the second annual Break Free Fest at The Rotunda. We’ll have more about that later in the month but suffice to say you don’t want to miss it. Expanded to two days this year, the fest features punk and hardcore bands from Philly and around the country made up of people of color. Some of the bands playing include Minority Threat, Soul Glo, Namatay Sa Ingay, Killer of Sheep, and so many more. [INFO]

I’m going to wrap this up and go out and enjoy that sunshine. Two last quick events that need to be highlighted: Jay Schwartz from Secret Cinema is bringing his 70s punk DJ night “I Belonged to the Blank Generation” back to Johnny Brenda’s on the 30th [INFO] and the very next day Chrome – yes, the post-punk, proto-industrial band that started more than four decades ago –  is at Kung Fu Necktie. [INFO] I’ll see you there!