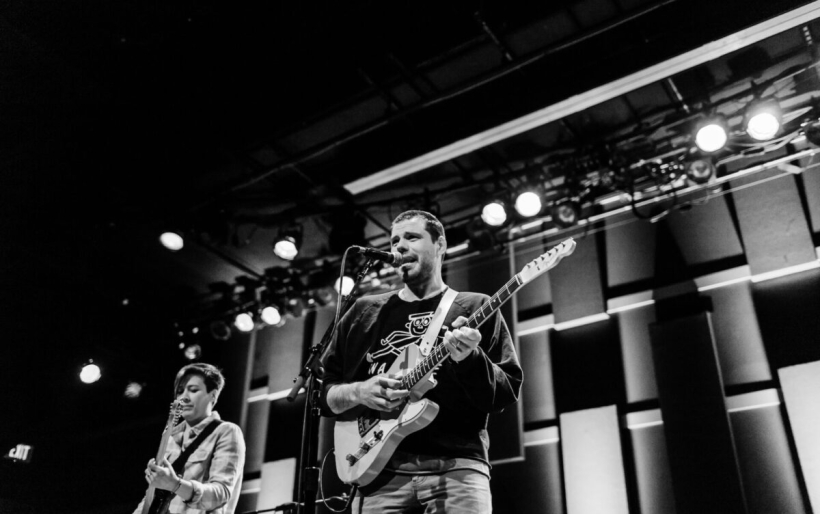 It’s nearly ninety degrees and sunny today in Philadelphia, and it feels as if summer is here to stay — ignoring the clear dad joke that all but writes itself, the sunshine and hazy heat perfectly embodied the feeling of Bahamas‘ sound during their Free At Noon show at World Cafe Live.

Bahamas’ Alfie Jurvanen began the performance on the tip of his toes, floating along with the light, breezy, rhythmically meditative and lyrically reflective set. Much of the set featured tracks from Earthtones, Bahamas’ fourth full-length record released earlier this year. Beginning with the simple, introspective “No Wrong,” Jurvanen showcased the album’s multifaceted sounds as he moved through the upbeat ‘No Expectations” and the funky “Opening Act.”

Bahamas is also performing a sold-out show later tonight at World Cafe Live, but that did not impact the numbers at noon; it seemed as if more than a few of the audience members planed to attend both shows. “I prefer playing at this time of day, I’m not much of a night person. You guys have got it all figured out,” sad Jurvanen. After playing “Show Me Naomi,” written in honor of Jurvanen’s wife (the eponymous Naomi) and performed in honor of her birthday today, Bahamas brought out two old favorites: “Lost in the Light” from 2012’s Barchords and “All the Time” from 2014’s Bahamas is Alfie. Backing vocalist Felicity Williams gave incredible accompaniment throughout the show, but her soft, clear vocals really shined during these two tracks.

“I’m grateful to have music in my life,” said Jurvanen before launching into the final two songs. “It’s my profession and my hobby all wrapped up in a big, beautiful mess…Thank you for supporting live music.”

Bahamas will be performing in support of Earthtones in a sold-out show tonight at World Cafe Live. Check out photos from the performance below. 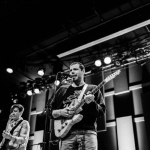