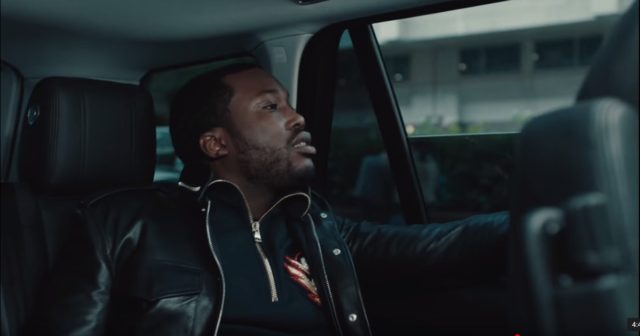 It’s only been a matter of days since he was released from prison, but Philly rapper Meek Mill is already turning his hard-fought legal battle into a movement for criminal justice reform. Meek Mill was serving time in a Chester state correctional facility before his two- to four-year sentence for a probation violation was overturned by the Pennsylvania Supreme Court on April 24. Meek was sentenced by Judge Genece Brinkley, the same judge who convicted him on questionable charges 10 years ago and also allegedly asked the rapper ad his then-girlfriend to record a personalized Boyz II Men cover for her to avoid further legal trouble.

Meek Mill’s imprisonment was widely protested in Philadelphia since his sentencing last November, with rallies outside City Hall, signs emblazoned with #FreeMeekMill and #Justice4Meek, and “Stand With Meek Mill” buses and billboards around town. A few weeks ago, Meek released a video for “1942 Flows,” which contains footage from local protests.

On Thursday, Meek Mill appeared at the National Constitution Center with state lawmakers and Governor Tom Wolf to push for criminal justice reform. As philly.com reports, Meek said to the crowd:

“What I went through is terrible, but I think it’s a path God put me on for a better time, like right now. It’s surreal to be in this situation like this — to be with Gov. Wolf talking about criminal justice reform. I actually made a commitment to speaking for the voiceless. I spent time with these men and women, and watched families being broken apart because of addiction, mental illness, technical violations.”

Per philly.com, Gov. Wolf also noted that while Meek Mill’s position has allowed for the widespread publicization of his case, there are countless others without such a platform in the same situation.

Pitchfork reports that Jay-Z will be producing a six-part Amazon Prime documentary series detailing Meek Mill’s long fight for justice and raising awareness for reform. The series is expected to be released next year. Jay-Z has supported Meek Mill throughout his lengthy ordeal, and wrote an op-ed in the New York Times discussing the justice system’s unfair treatment of people of color and calling for Meek’s release.