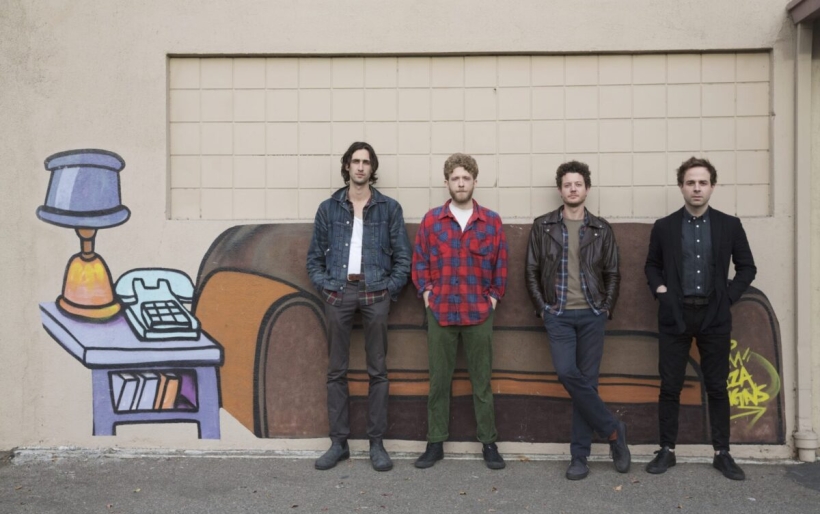 Dawes | photo by Magdalena Wosinska | courtesy of the artist

Dawes returns with two new songs, “Living In The Future” and “Crack The Case”

Next month, Los Angeles rockers Dawes will return with their sixth album, Passwords, and today the XPN favorites raised the curtain on two teasers of the record that with a remarkable dynamic range.

First, there’s “Living In The Future,” a track that XPN program director Bruce Warren has been playing daily at maximum volume from his office ever since an early stream of it arrived at the station a few weeks ago. It’s Dawes at their biggest and boldest, yearning and desperate, screaming into the void about the despair of modernity — it opens on a note of quiet tension, and builds to an explosive refrain that hits borderline Imagine Dragons territory. It’s going to sound massive in the arenas that Dawes are playing this summer opening for Jeff Lynne’s ELO.

Then there’s “Crack the Case,” a more subdued and piano-driven ballad, a brooding thing of beauty that takes it down to the opposite extreme of “Future”‘s peaks.

Check out both new songs below; Passwords is out on June 22nd via HUB Records, and Dawes plays the Wells Fargo Center on August 24th opening for Jeff Lynne’s ELO. Tickets and more information on the show can be found at the XPN Concert Calendar, full tour dates are below.