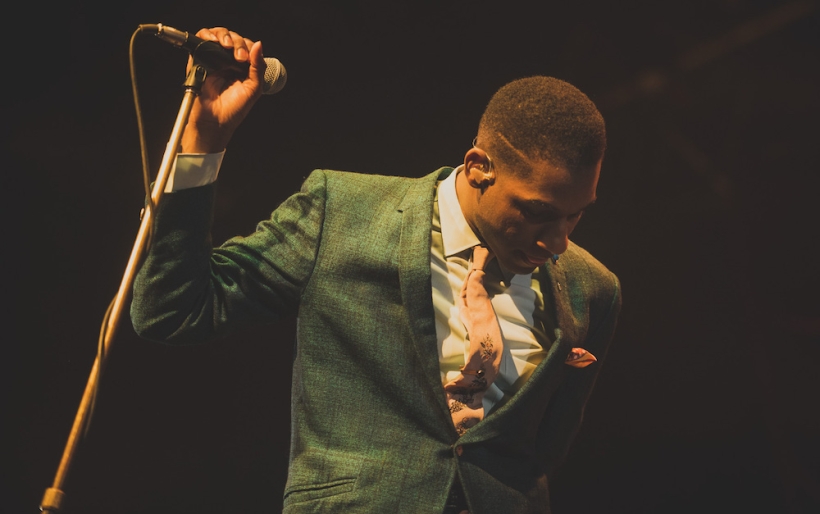 Leon Bridges is contemporary yet timeless on Good Thing

Leon Bridges’ sophomore effort is not only a display of his maturity and development as an artist, but also a reflection on growth and change. Between the release of 2015’s Coming Home and Good Thing, Bridges toured extensively, gaining new experiences in cities and countries the Texas-native had not previously visited. Featuring these experiences through love songs and heartbreak ballads alike, not to mention funk tracks, Bridges crafts a well-rounded follow-up album to the 2015 release that landed him on the map.

The amount of heart and soul put into the album is palpable, and Bridges is able to hone a timeless yet current sound throughout the album. Second track, “Bad Bad News,” could appear in a compilation alongside James Brown, or Chic, or Bruno Mars, and not sound out of place. The vibrant horn section tag teamed with a groovy drum and bass duo seriously make you question what year this track came out. Other funk-indebted tracks and upbeat standouts from the album include “If It Feels Good (Then It Must Be)” and “You Don’t Know,” appearing back to back towards the end Good Thing.

Bridges closes out the album with “Georgia to Texas,” an autobiographical slow burner dedicated to his mother, crooning “504 black girl carried me” on the opening line. Tracing back his roots on the second verse, Bridges also thanks a certain “Kyree’ for teaching him how to play guitar, a possible nod to Kyree Reynolds, who Bridges mentions in an appearance on NPR’s All Songs Considered.

Leon Bridges makes his return to Philly this fall for a two-night stand. The first night sold out so quickly they added a second show the following night. Tickets and more information on the pair of Fillmore appearances can be found on XPN’s concert calendar. Check out a handful of tracks from Bridges’ latest album below, and head over to his website to purchase the album.