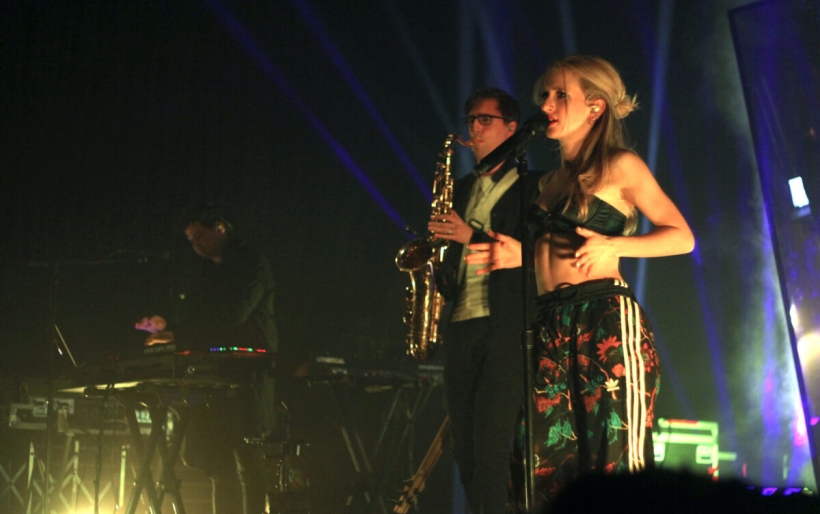 Marian Hill has been super busy on their Unusual Tour promoting their new album, Unusual, which made its way into the world yesterday. Fresh off of their first performance at Coachella as well as a series of appearances throughout the festival circuit, the Philadelphia-born electro-pop-jazz duo, Jeremy Lloyd and Samantha Gongol made an epic stop through Union Transfer this past Tuesday playing a persuasive arrangement of old and new songs. Along for the ride is longtime collaborator, Steve Davit, the band’s saxophonist whose solos often erupted some of the biggest crowd applauses of the night. While fans got an early peek at what to expect from the new album a few days before its release, they also brought back hits from Act One, the album that brought them to super stardom, as well as their first EP Sway, which long-term fans appreciated. They started off the night with the mysterious and groovy “Subtle Thing,” the first single released from Unusual as well as the opening track. This was the perfect song to open to, since it starts off slow and almost naked instrumentally, letting the production gradually pick up and build by the end of the track. Similar songs from the new album like “Differently,” and “Sideways” show that Marian Hill is experimenting with more lo-fi and dreamlike soundscapes, while layering each verse with thought provoking lyrics to round out the choruses. While the highpoint of the show was the musical arrangements and growth of the new material, Samantha Gongol’s stage presence and dance moves compliment their sound and show that she is more than a one-dimensional artist. The way she moves around the stage comes off very naturally and unchoreographed, coinciding with her elegant voice gives the music a very empowering and almost burlesque-like experience. It’s clear to see why Apple chose to use their song, “Down” in their strolling AirPods commercial featuring Lil Buck’s fluid erotic dancing. Not to mention, the lighting of the show exceeded that of previous tours, turning up the energy and tallying that dramatic affect that works much more effectively with in-door venues appose to seeing them during a day-time festival. With so many hits in their catalogue, as they closed out the night with the hypnotic funk groove “Talk To Me” it reminded fans that any one of their songs could work perfectly as both an opener and a closer. Check out their new single, “Wish You Would” as well as all of their recent videos to get a good feel of the tones they have been playing with in the new release. Also on the Unusual Tour as the only opening act is LA-based singer-songwriter and fellow electronic artist, Michl. As he performed on stage with only himself and a keyboard, fans embraced his minimalist mix of percussion, keyboard arrangements and mesmeric vocal range. His music is very alluring and slow-paced, which allows his vocals to shine through his rich percussion. With only a handful a songs in his catalogue and a mysteriously vague online presence, Michl’s brevity and cheeriness definitely makes him an up and comer to be on the look out for. 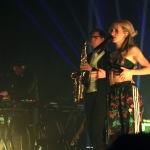