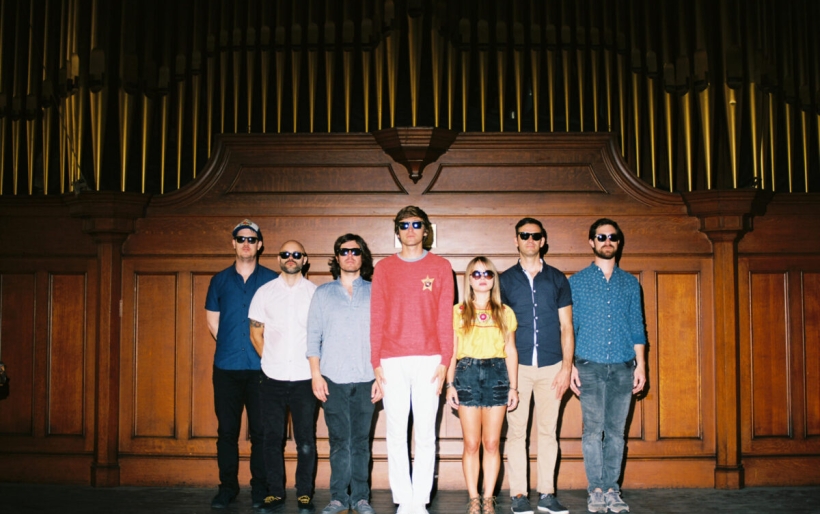 Secret American | photo by Bob Sweeney | courtesy of the artist

Philly son Derek Krzywicki has reinvented himself as a Harry Nilsson-inspired impresario since relocating to the West Coast, but curiously, most of his collaborators remain his Philly BFFs. Namely his six bandmates in Secret American, the swinging retro pop/rock project that releases its debut LP, Warmth And Shelter, this Friday, May 18th.

Following up the handful of singles the band already released (the suave “Why Believe” and the swinging “Chelsea The Cat,” both of which we saw the band play upstairs at Fergie’s, plus the warped “Bang Bang” and the jaunty title track), the band is back today with one more taste of the album before it’s out in the world in full.

“I Wanna Know” rides an instantly digable Hollies / Buffalo Springfield groove, as Krzywicki croons about devotion and fidelity — “I wanna leave this cold place and keep you warm / I wanna be your shelter from the storm” — but before we get to that point, he’s got to establish trust. As the chorus goes, “I wanna know who’s side you’re on?”

Give it a listen below, and grab a pre-order of Warmth and Shelter here. Secret American is back on the east coast this August to play Musikfest in Bethlehem; more information here.