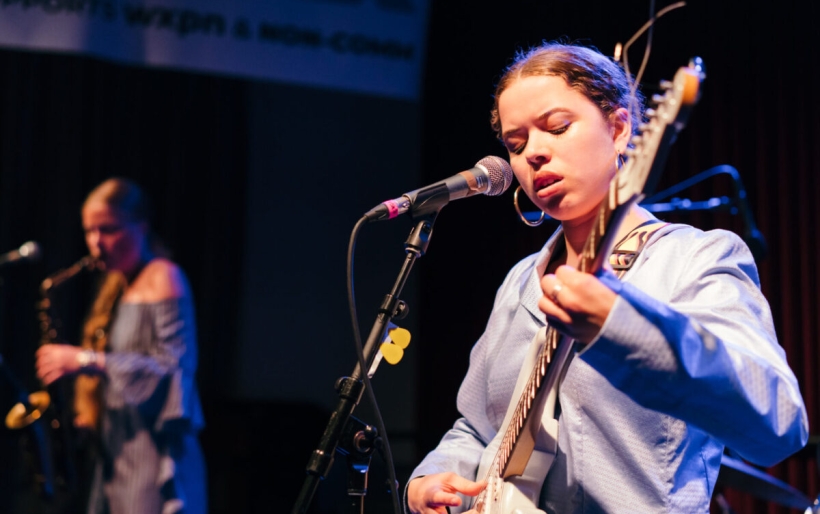 London singer-songwriter Nilüfer Yanya took the stage upstairs at World Cafe to showcase her impressive blend of lo-fi, indie, trip-hop, and jazz. Influenced by Nina Simone, Amy Winehouse and Pixies alike, the blend of references peeked out throughout the six-song set.

Yanya and company opened with the jazz-tinged breakup track “Thanks 4 Nothing,” one of her singles that helped land her on the map for many, as well as a previous Gotta Hear Song Of The Week. Another one of those landmark singles, 2017’s “Baby Luv” dazzled the crowd elsewhere in the set. The band’s stylistic tendencies resemble that of fellow Brit youths King Krule, a similarity others have noted before.

Closing with unreleased tune “Heavy Weight Champion Of The Year,” the song’s first two minutes featured Yanya solo before being joined en masse by the full backing band. Their grand entrance lifts Yanya’s vocals even higher than previously imaginable. Jumping from peaks to valleys both vocally and instrumentally, the set was filled with favorable turns, keeping the crowd on their toes throughout the set. 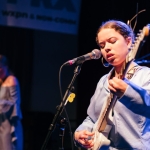 Setlist:
Thanks 4 Nothing
Baby Luv
Golden Cage
Keep On Calling
In Your Head
Heavy Weight Champion Of The Year