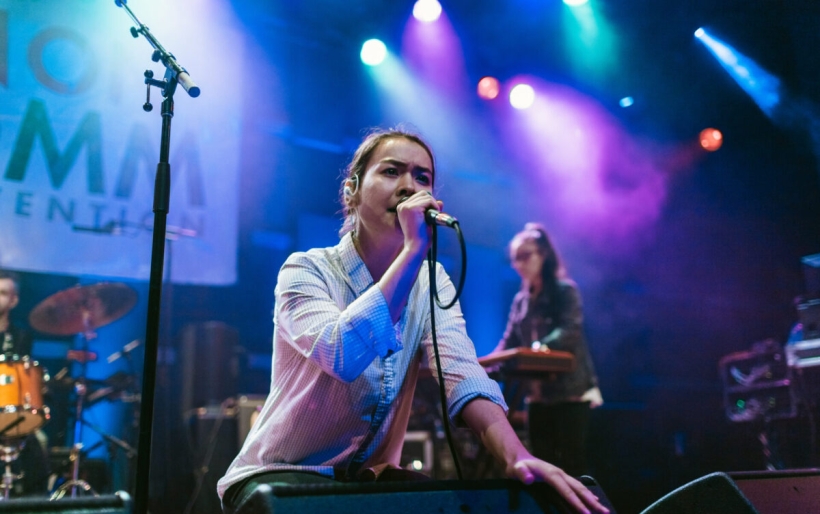 NonCOMM Recap: Mitski turns up the volume on the NPR Music stage

“Hi. My name’s Mitski. It’s spelled M-I-T-S-K-I, if you want to google me.” That’s how the inimitable Mitski opened her set tonight at NonComm, but it quickly became clear that most of the audience knew exactly who she was. And as NPR’s Bob Boilen pointed out when he introduced the set, even if you’ve never seen Mitski before, she is the kind of performer who will immediately grab your attention and never let go.

When Mitski’s name first appeared on this year’s NonComm lineup, I was a bit perplexed. She hadn’t released new music since Puberty 2 (a Key top album of 2016), but the mystery was solved with the announcement of her forthcoming record Be The Cowboy, out August 17. Mitski released the new album’s first single “Geyser” and its video earlier this week.

Though “Geyser” wasn’t a part of tonight’s set, Mitski treated us to selections of her previous work, including Bury Me at Makeout Creek standouts “Francis Forever” and “Townie.” Several songs off Puberty 2 were also in the mix; notably “Thursday Girl” and that album’s lead single and emotional whirlwind “Your Best American Girl,” a song so poignant that I’m not kidding when I say I studied it in a college literary theory class.

Mitski put down her famous bass and cut the radio broadcast for the last song of her set — a new one that is yet to be released, but that she explained dryly will be Be The Cowboy‘s “radio single.” If the live performance was any indication, the new song will certainly be getting some airplay here on XPN — stay tuned. 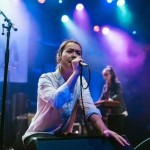