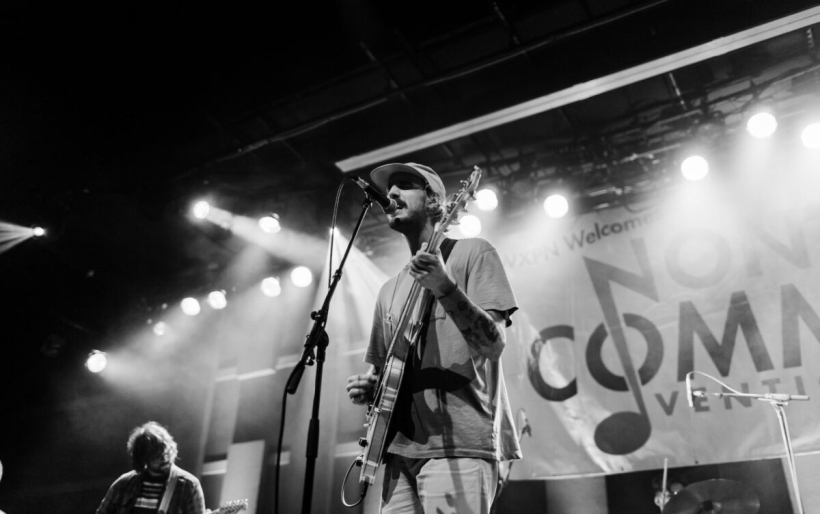 Rayland Baxter doesn’t give himself enough credit. In between songs during the Nashville songwriter’s set at NonCOMM tonight, Baxter said to the audience, “Just in case anyone was wondering, I have no clue what I’m doing up here.” But on the NPR Music stage with the big crowd and the bright lights, that statement couldn’t have seemed farther from the truth.

Baxter filled the room with a half hour of laid-back surf-rock-meets-alt-country tunes; a warm and sunny sampling from Baxter’s forthcoming record Wide Awake, which will be released July 13. The set kicked off with a brand new song, “Amelia Baker,” which Baxter said he and the band had never played live before, and followed it with another new one — “Strange American Dream.”

Though Baxter’s set was only five songs long, each song was drawn out and crafted in a way that left the audience perfectly content. After a rendition of the forthcoming LP’s lead single “Casanova” and a joke about those good old student loans, Baxter and his five-piece backing band added a new member to the mix for the closing song, “Young Man” — Harrison Whitford, who was just on the stage earlier with Phoebe Bridgers. Rayland Baxter and crew had to wrap things up for the evening before the show ran too far over schedule, but they’ll be back in town for a show at World Cafe Live on July 14. 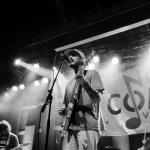