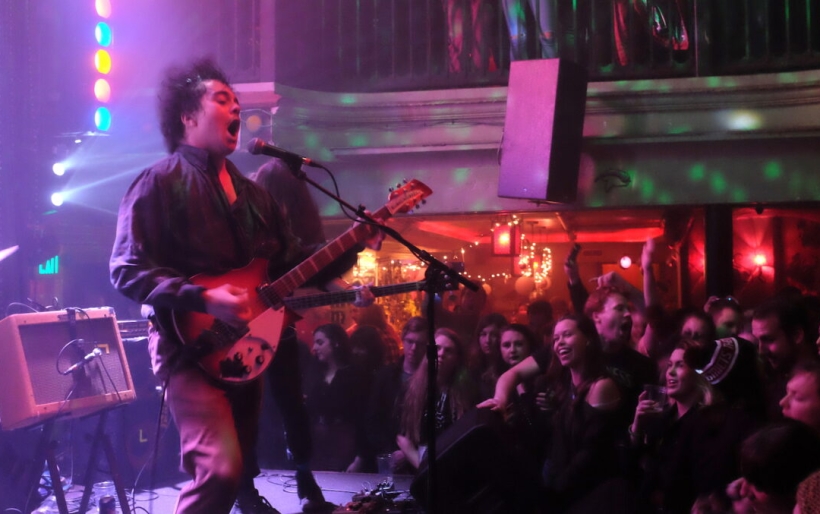 As a preface to their upcoming UK and EU tour, Philly indie rock band The Districts released a cover of Joy Division’s classic “Love Will Tear Us Apart.” The original song debuted in 1980, eloquently combining gritty post-punk vibes with a melodic synth that crossed the boundaries of genre into new wave.

The Districts’ version is less harsh, as vocalist Rob Grote sings with a softer cadence than Ian Curtis’ signature melancholic wailing. The guitar tone feels reminiscent of 90s shoegaze, and vacant space is carved out with muted drums and meandering riffs. It lacks the synth pop touch of the original, but nothing necessarily feels lost or missing, and it still holds onto the classic ghostly sound.

It feels more like a nod of respect towards Joy Division’s legacy rather than an attempt to completely revamp something worn out, as tributes can often feel. Instead, the song feels blissfully sentimental for a lost era of time.

Listen to “Love Will Tear Us Apart” covered by The Districts below, followed by the Joy Division original.