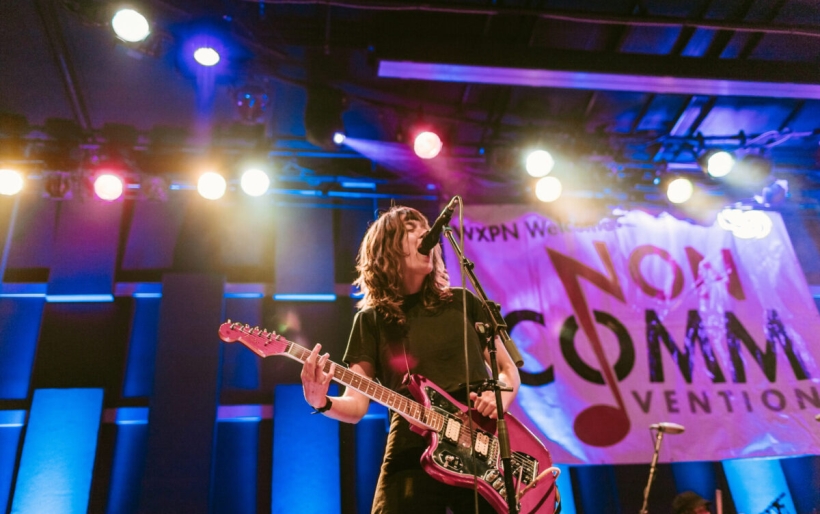 NonCOMM Recap: Courtney Barnett gives the Free At Noon crowd a taste of what’s to come

Australian singer, songwriter and all around force of nature Courtney Barnett will release her highly anticipated new record Tell Me How You Really Feel this Friday, and she’ll headline Union Transfer tonight, but before all that, she stopped by NonCOMM to give us a preview of what’s to come.

Barnett’s appearance this afternoon was a long time coming for many in the audience — she was in Philadelphia last fall touring behind her collaborative project with Kurt Vile, and again to play guitar in her partner Jen Cloher’s band, but this is the first time we’ve seen her play solo material since the last album cycle (which included an appearance at #XPNFest 2015). For both die-hard Barnett fans and those of us who have been waiting for ages to see her (uh, me), today’s incredibly dynamic performance met, exceeded, and blew away any and all expectations.

Performing in trio form, Barnett and band delivered a fast-paced and powerful eight-song set to the midday crowd, alternating between the forthcoming record’s singles, brand new soon-to-be-released songs and some older favorites off 2015’s Sometimes I Sit and Think, and Sometimes I Just Sit. Barnett is a musician so essential to XPN listeners that sometimes it’s easy to forget she came from all the way across the world to perform here; when the band opened with Tell Me How You Really Feel track “City Looks Pretty,” it seemed that Barnett could easily have been singing about Philadelphia.

After a rendition of the smooth and laid-back “Need A Little Time,” a highlight of today’s set came in the form of the new LP’s lead single, “Nameless, Faceless,” a socially critical feminist anthem of sorts, built around the Margaret Atwood quote “Men are afraid that women will laugh at them; women are afraid that men will kill them.”

Barnett followed that with Sometimes I Sit and Think standout “Pedestrian at Best,” breathlessly powering through its wordiness. After a quick tuning break (“Everything sounds out of tune to me. Probably because it is,” Barnett said, but it sounded just fine to me), the band wrapped up the set with fan favorite “Depreston,” slowing down to a whisper for the chorus of “If you’ve got a spare half a million, you could knock it down and start rebuilding,” and new single “Sunday Roast.”

Listen back to today’s set and check out photos below. If you missed out on tickets to Courtney Barnett’s sold-out Union Transfer show tonight, fear not — she’ll return to town in October for a show at The Fillmore with Waxahatchee. Find more information on the XPN Concert Calendar, and stay tuned for Barnett’s forthcoming World Cafe session. 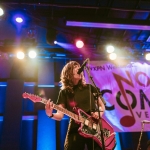