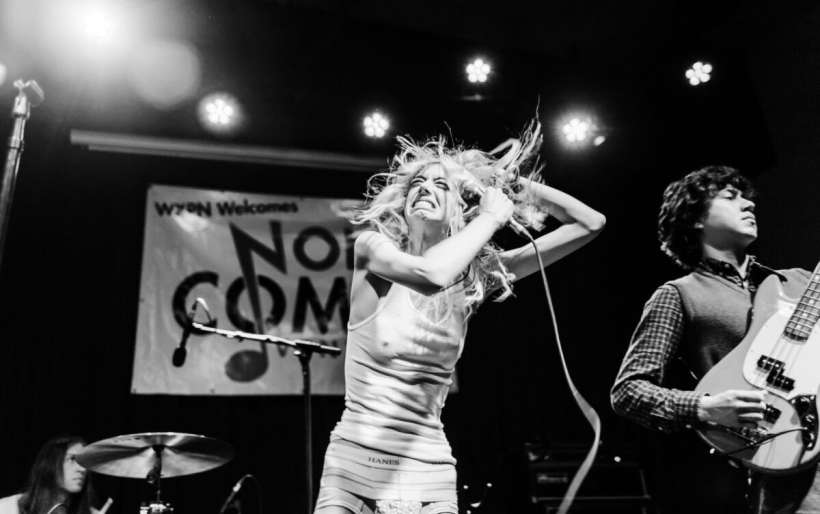 NonCOMM Recap: Starcrawler takes the crowd from shock to smiles and back

I think it’s safe to say that Starcrawler isn’t your typical band to appear at a public radio event. No delicate and polished tunes here, folks. And I’m not sure that anyone in the audience of music people and dedicated radio listeners was ready for what Starcrawler would bring to the stage.

But shock quickly turned to smiles as the LA four-piece, fronted by Arrow de Wilde, shook things up this second day of NonCOMM. The band just released its self-titled debut album, and brought a steady selection of its fierce and driven — and loud — punk tunes. De Wilde and crew made full use of the small upstairs stage, pushing the limits of mic and guitar cords and pushing the audience out of their comfort zone and into a way better zone.

World Cafe Live was transformed into the world of Starcrawler as de Wilde commanded the space and everyone’s attention, first appearing onstage like a ghostly apparition before launching into her arresting performance style that is quite unlike any other’s. The band wasn’t one for traditional stage banter with the crowd, but interacted with audience members in a different way — some lucky people got very interacted with, up close and personal, during and between songs, and everyone seemed delighted by this turn of events.

Check out photo of Starcrawler in the gallery below. 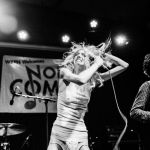 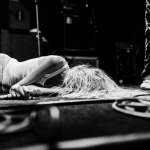