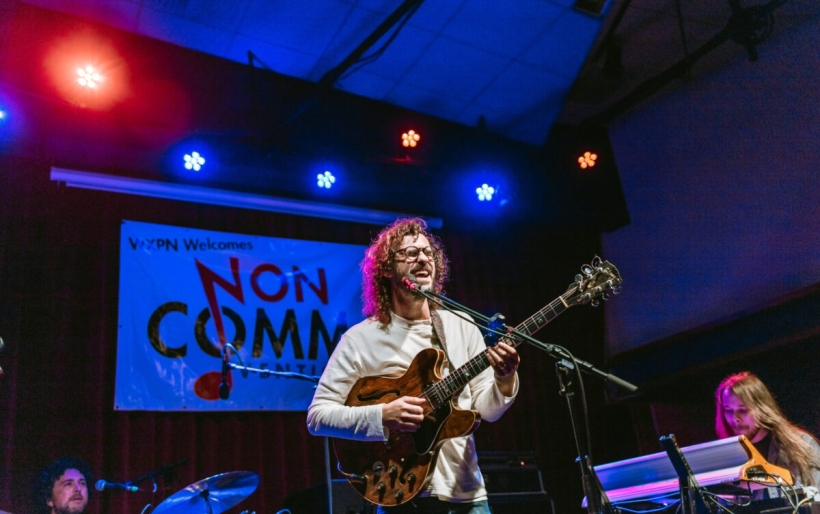 NonCOMM Recap: White Denim mixes it up for night two

Austin, Texas rockers White Denim perfectly toes the line between alt, funk, and jam band. They’re a raucous hit and played the second slot upstairs at WXPN’s NonCOMM night two. It’s been a little while since we’ve seen White Denim, and you can catch them back in Philadelphia at Johnny Brenda’s on June 24th. They’ve also got a new album in the works, Performance, set for release on August 24th.

They opened their set tonight with a jumpy “Backseat Driver,” and the quick guitar, vibrating vocals, and perfect use of a synthy-sounding keyboard in the background set the stage for an instant good time. I knew this was going to be a good show. White Denim is the first jam-esque band we’ve had so far this NonCOMM, and they killed it. It was a riot to see people in the back dancing with each other to the infectious rhythms of every song.

The next few songs, “Double Death,” “It Might Get Dark,” “Magazin,” and “Performance,” mixed up the sound in the most perfect way. There were flawless transitions between heavy rock, upbeat funk, and long, emphasized solos that left plenty of room for the crowd to move. It was a true taste of the band’s repertoire, and I’m glad they played a diverse set.

The song to close was “Moves On,” and it was quick and loud and drum-heavy and memorable.

You can find tickets to their show at Johnny Brenda’s next month here. Check out an audio archive and a photo gallery from today’s set down below. 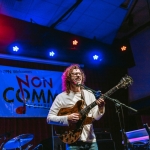