Hurray for Riff Raff's "Pa'lante" gets the short film treatment, shedding light on the people of Puerto Rico - WXPN 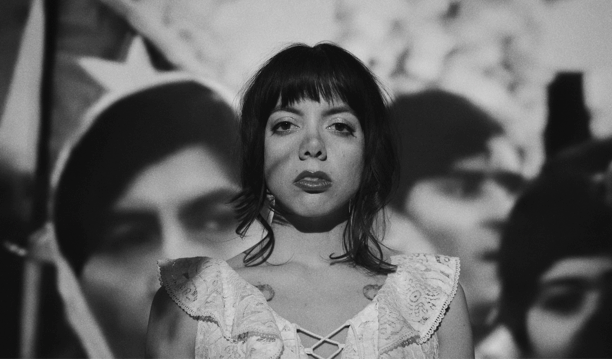 Hurray for the Riff Raff | still from video

Hurray for Riff Raff’s “Pa’lante” gets the short film treatment, shedding light on the people of Puerto Rico

Hurray For The Riff Raff has released a short film based on her 2017’s song “Pa’lante”, the closer from their sixth LP The Navigator via ATO Records. The ballad has been recognized by many big names including Pitchfork as the “Best New Track” and NPR Music as “one of the most articulate songs of a generation.” The title of the song was inspired by the name of the newspaper published by the Puerto Rican community activist group Young Lords; “Pa’lante” is an expression that translates to “onward, forwards,” which reflects the people of Puerto Rico’s will to rebuild their community after the catastrophic damage from Hurricane Maria. Director Kristian Mercado Figueroa explains further below.

“We really wanted to showcase talent of color, stories by people of color – it was important to me to make sure this was a diverse production that had Puerto Ricans working on it……. Pa’lante is a very Puerto Rican mindset – be it a family struggling to stay together, or recovering from the hurricane, the Puerto Rican people are strong and they will always stand and move forward. And there is a beauty to that.”

The short film was shot in Puerto Rico as well as frontwoman Alyanda Segarra’s hometown of New York City. It revolves around the struggles of a single mother, played by Mela Murder of The Florida Projects, trying to take care of her two children while dealing with her ex-partner, played by Kareem Savinon, who returned back to the island after running away to NYC. At first, the family seems whole again with the father’s return, but then the stress/hardships of rebuilding their lives with no help after Hurricane Maria ends up ripping the family apart. There are a lot of raw emotions displayed through the characters actions and expressions without the use of any spoken words with the overlay of Hurray for The Riff Raff’s song.

There is a scene in the nine-minute film where member/founder of the Nuyorican Movement, Pedro Pietri, recites his poem “Puerto Rican Obituary,” the inspiration behind “Pa’lante.” During this time, a variety of clips of different members from the activist group Young Lords are being shown one by one, including Alynda Segarra and her father. There are multiple scenes where you get a small glimpse of the damage like roofless homes, but at the end, the video goes silent as aerial clips, stretching for miles, are shown displaying the condition of Puerto Rico today from the 2017’s Hurricane Maria, and it looks like little has changed since the incident.

This project hit home for a lot of people on the project, especially director Figueroa. He says ”the conditions on the island are still very poor. During the production, we could all feel how painful it all was, how it’s been so long without enough help.” Figueroa dedicated the video to his grandfather who was one of the thousands that died during the tragedy. The video is in support of PRIMA Relief Fund, an organization that helps sustain Puerto Rico’s independent music and artistic community following Hurricane Maria. Click here to learn more about the organization.