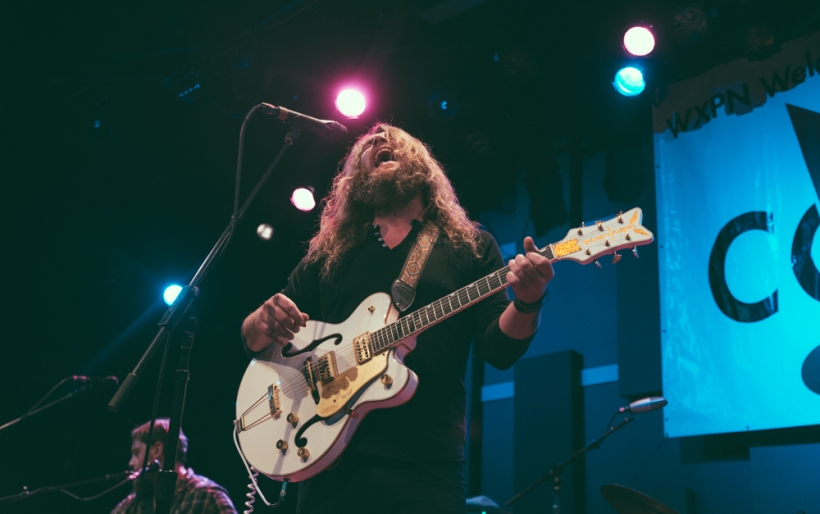 Israel Nash will release Lifted this summer, but here’s a single to hold you over

Texas rocker Israel Nash and his band plan to drop their fifth LP, Lifted, on July 27th via Desert Folklore Music/Thirty Tigers, along with a midwest US tour to promote it, featuring XPN favorites Nathaniel Rateliff & the Night Sweats. We’ve also been graced with a single, “Rolling On,” and it’s everything you could want and more from a stereotype-breaking country band. With elements of psychedelic folk rock and ’60’s pop, it’s a magnetic blend of past releases and future songs, which gives the listener hope that Lifted will smash even more boundaries than Nash’s last albums did.

“Rolling On” is that quintessential first-single. Everything sort of rides on that initial release, because, whether it’s fair or not, the album will fall to this single’s judgement. “Rolling On” has just enough mysticism to keep audiences guessing on the LP’s sound, while still giving away just enough of the overall message that Nash hopes to push with Lifted. It serves as a fantastic beginning, without giving away the ending. It’s a fun, folky song, and that’s exactly what this summer needs.

Lifted is backed by a full band, who work to create a soundscape that is both “vast and intimate,” something that only artists like Nash are ever really able to master. A new addition to Nash’s recording technique, Lifted will feature “found sounds,” that Nash managed to record around his studio Plum Creek Sound. The whole album lies on the premise of experimentation, and being unafraid of the outcome, no matter what it is. The freedom to create without the confines of a structure are essential to LIfted‘s success.

Tour dates for Israel Nash can be found below — no Philly date yet, though we’re sure that’s on the way — along with a stream of “Rolling On.”