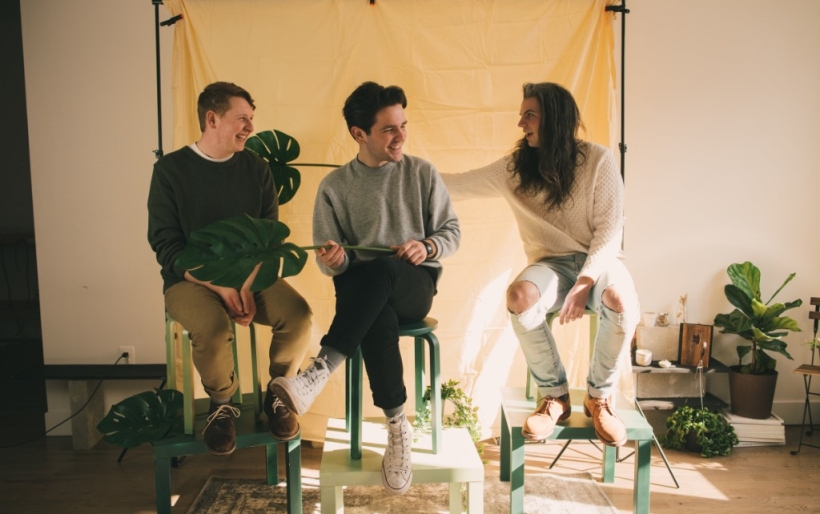 Weller | photo by Emily Dubin | photo courtesy of the artist

“Boroughs,” the new single from Philly indie rock band Weller, is a swinging punch of pop punk at only a minute and a half long. The song weaves catchy melodies with vulnerable, personal narratives that the band is known for – lyrics reminiscent of scene leaders Death Cab for Cutie, Tigers Jaw or Modern Baseball.

The trio – singer, songwriter and guitarist Harrison Nantz, bassist Evan Clark Moorehead and drummer Jeremy Berkin – comes across charming, cheery, and down-to-earth in their music, and “Boroughs” seems optimistically upbeat, driven by crunchy guitar riffs. The lyrics, however, tell the story of an unraveling relationship. Nantz sings regretfully about leaving and letting go, recounting lessons of adulthood: “And then we move you away from Jamaica, Queens / White sheets and a cleaner place to sleep / And I’ve already learned my lesson / You haven’t aged since seventeen.” Appealing in its relatability, the song comments on growing out of a relationship like a pair of ill-fitting pants and severing the toxic ties to a past life.

This is a departure from the bottled frustration and blushing embarrassment of youth that Nantz has focused on previously in albums like 2016’s Career Fair, and he demonstrates a definite maturation, an aspiration to finally grow up.

Weller releases its self-titled debut album – produced by Modern Baseball’s Jake Ewald — on June 29th via Tiny Engines Records, and “Boroughs” just premiered this week via Brooklyn Vegan. Listen to the song below, and get more information on the band’s June 29th record release party at Everybody Hits at the gig’s Facebook Event Page.