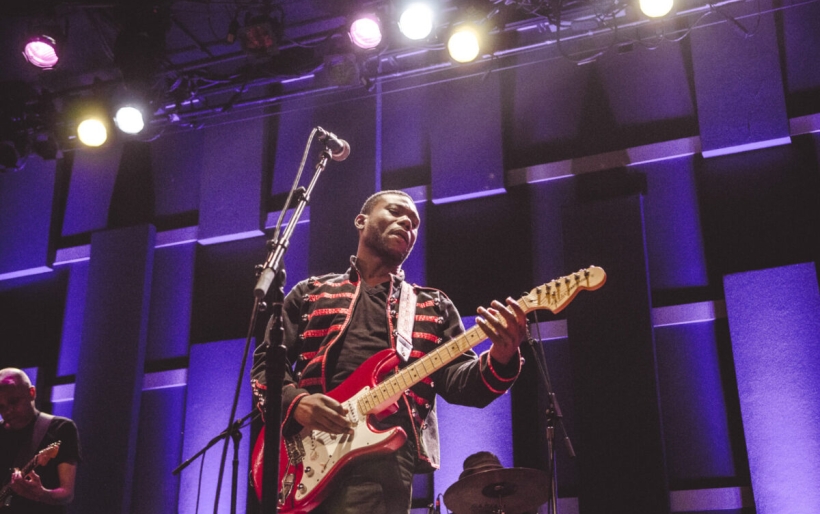 Today’s Free at Noon thundered in with the powerful music of the blues/rock Greg Sover Band. Taking to the stage donning his signature steampunk jacket and flashing a charismatic smile, Sover shook any lingering lethargy from those in the audience in a contagious, energetic performance with his band. The crowd swayed and rocked while shifting psychedelic patterns were projected overhead. The magnetic Sover established an immediate rapport with the crowd, joking in between songs and taking a moment to thank WXPN’s Helen Leicht for spinning their tracks since the beginning.

The set consisted primarily of tracks off their new album, Jubilee.Accompanying lead vocalist Greg Sover was Gary Lee on bass, Tom Walling on drums and Allen James on guitar. Even live, the band sustains a neatly polished sound, balancing between crisp and gritty. Sover’s syrupy voice drips over winding bass lines and twanging guitar solos, soulful with a spine.

The finale song, “Say Yeah,” was a callback to Songs of a Renegade, released in 2016. “He’s got a love song for you,” Lee told the crowd and Sover shrugged, grinning. “You gotta let them know sometimes— I love you babe,” he said. Lee chimed in on harmonies throughout the wistfully romantic chorus. The song rose to a deafening crescendo at the end, Sover dramatically lifting his arm in salute after each strum.

Greg Sover Band will play the 2018 XPoNential Music Festival on July 27; tickets and more information can be found at XPNFest.org. Check out photos from today’s performance and listen to an audio archive below. 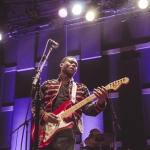