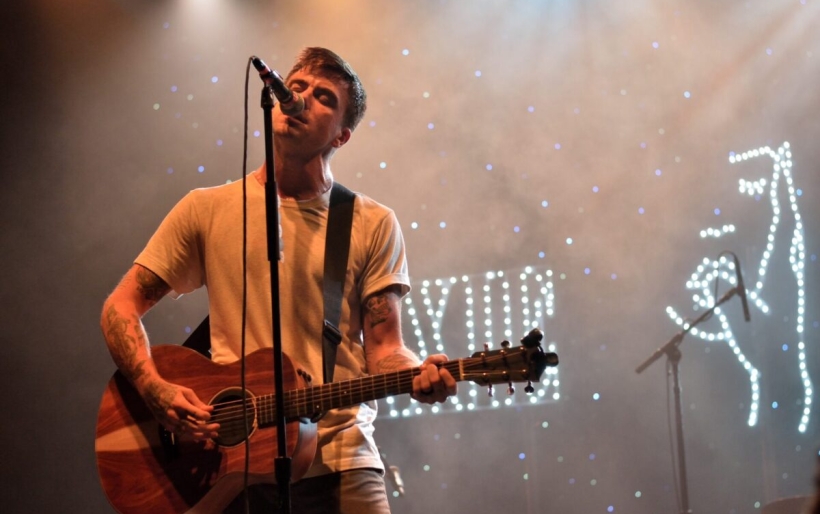 What has Anthony Green been teasing on Twitter, anyway?

By Emily Herbein
May 31, 2018
11:05 AM
Share
Anthony Green | photo by Dylan Eddinger | dylaneddingerphoto.squarespace.com

Philly modern rock icon Anthony Green is celebrating 10 years of his debut solo record Avalon this summer, along with pals Good Old War and Found Wild. That’s no secret, and he announced the tour a few weeks ago after much fan speculation (Green is a fan of anniversary shows, after all — his band Circa Survive has done two 10-year celebration tours for their first and second albums already). Avalon‘s second stop is right here at home at the TLA on June 30th, following a show in DC the night before.

If you’ve paid any attention to Green’s social media happenings, he’s been pretty vocal on Twitter about an impending release. He recently recorded a live session at Studio 4 in Conshohocken with acclaimed engineer Will Yip, and apparently that was just the beginning of a very busy summer for Green, and one of two releases he’s been working on.

My dreams came true with the arrival of Pixie Queen in 2016, when I thought Green had really peaked. I thought it was his most beautiful album, and that it really couldn’t get better than this. Circa Survive also dropped an LP, The Amulet, in the fall of 2017, so another solo record was in the back of everyone’s mind. How does he have the time?

I mean, he hasn’t been shy about sharing the new album’s progress. Exhibits A, B, C, and D…

I’m putting out my new record before the Avalon tour

The new album is called” would you still be in love” and it’s mostly about the effects of the last few years of Jon stop touring and writing has had on most of relationships. The first song started out as a love song and ended up about being bi polar.

There is a version of it on my new solo record that my friend Summer did the string arrangement for. It’s beautiful I can’t wait for you to hear it https://t.co/qGIiWSk2kb

The only remaining question: When is the release date?If you’re just as anxious as I am about the promise of another Anthony Green record, the wait can’t be much longer.

You can find tickets for the Avalon tour here, and it won’t be one to miss. Along with a performance of Avalon front to back, Good Old War will also play the entirety of their first album, Only Way to Be Alone, and GOW side project Found Wild will also play some new releases. If you’re an absolute diehard for these guys, please go. This is really a one in a million tour, and it just might feature some new Anthony Green tunes.