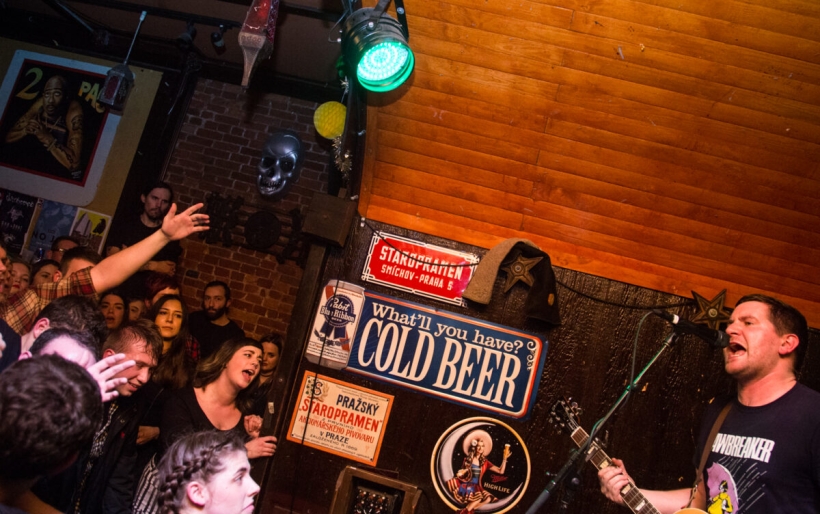 Its unclear whether this track is an outtake from 2017’s After the Party or a preview of new material. In any case, a surprise new track from The Menzingers is always welcomed.

The Menzingers’ next local performance is Tuesday, June 5th at The Fillmore in support of Frank Turner. Turner is in town on his “Be More Kind” Tour, and, in addition to The Menzingers, is sharing the bill with Lucero and Homeless Gospel Choir. Turner’s Fillmore set is sold out.

The Menzingers recently announced two regional gigs slated for August. The band hits Lancaster’s Chameleon Club on August 16 and Bethlehem’s MusikFest Cafe on August 18. Head over to XPN’s concert calendar for info on those shows.

Enjoy the Fillmore show Tuesday night, all lucky advanced ticket holders, and check out the latest from The Menzingers below.